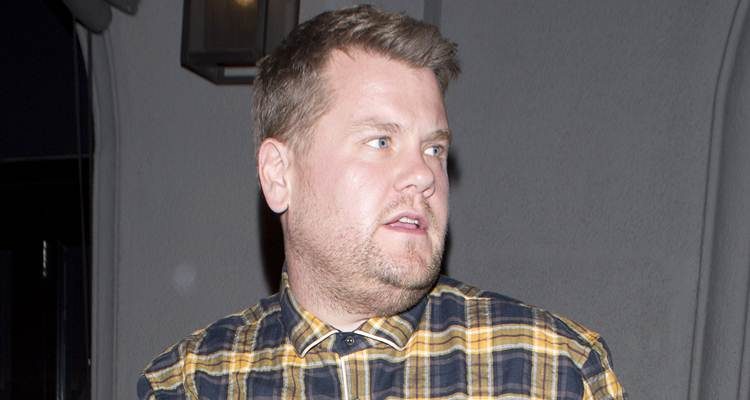 Actor, comedian, and talk show host James Corden is one of the most popular hosts of late night television.

As a result, the 38-year-old British funnyman and The Late Late Show with James Corden host is nominated for three Primetime Emmy Awards, including “Outstanding Variety Talk Series,” “Outstanding Directing for a Variety Series,” and “Outstanding Interactive Program.”

The awards show airs Sunday, Sept. 18 on ABC. However, success never always came easy for James Corden whose weight was a major obstacle in his career.

The charming James Corden infused new energy and ideas into The Late Late Show after replacing Craig Ferguson two years ago. The Late Late Show is now a combination variety show and talk show, where Corden has decided to ditch the traditional talk show desk in favor of sitting up close and personal with his guests.

James Corden has dealt with weight fluctuations since his 20’s, especially when he got his big break on the hit BBC show Gavin and Stacey from 2007 to 2010.

It was always quite the obstacle for Corden when it came to securing the on-screen roles he really wanted. When Corden starred in the TV drama Fat Friends from 2000 to 2005, he weighed in at over 300 pounds.

Corden says he would sometimes audition twice a month and fail to get the role he wanted, which felt demoralizing. While Corden’s weight has gone up and down over the years, he has managed to lose 85 pounds, and now weighs in at 210 pounds.

That is definitely an accomplishment that should be applauded! After shedding the weight, Corden has found success with The Late Late Show and a spin off of his hugely popular “Carpool Karaoke,” where he sings alongside the best in the business like Adele, the Red Hot Chili Peppers, and Selena Gomez.

James Corden is married to Julia Carey, and they have two children, son Max, 5, and daughter Carey, who will be two in October. Corden admits that his have priorities changed since he became a father. Basically, Corden wanted to become fit in order to maximize his playtime with his son. Corden didn’t want to be out of breath when he played with his children.

For his weight loss regimen, Corden cut out bread, potatoes, alcohol, and sugar from his diet. Corden jokingly says he ditched everything fun in life. Corden now eats mostly meat at his meals.

James Corden also has an impressive weight-loss exercise routine. Corden has been putting in the work to stay active, and he has even gotten a personal trainer who comes to his house three mornings a week.

Staying true to his sense of humor, Corden can also be found on his talk/variety show dancing with toddlers and other celebrities like actress Gwyneth Paltrow, actor Terry Crews, and musician Jason Derulo.

In addition to continuing his successful talk show, the actor is set to voice roles in 2016’s Trolls and 2018’s Peter Rabbit.