Home > Food News > The Latest Controversy on the Splenda Debate 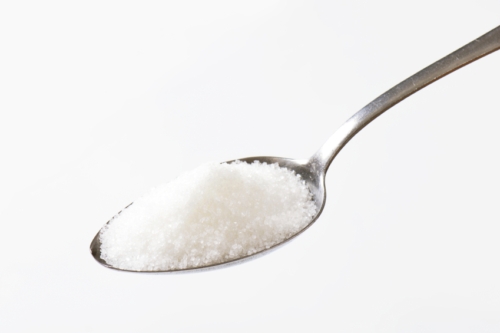 Here’s our opinion on the Splenda debate at F4BH:

The calories in Splenda are derived from glucose and maltodextrin. In fact, Splenda contains only 4-5% sucralose by weight and very little of this molecule is even absorbed by humans.

Sucralose is made by substituting three atoms of hydrogen on the sucrose (table sugar) molecule with chlorine atoms. The sucralose molecule is a product which can be used as a sugar substitute and in cooking without any negative after taste (a problem that many artificial sweeteners can’t seem to avoid).

Up until recently, Splenda has been assumed to be very safe as its use in humans has not led to any significant adverse effects.

The use of Splenda has also been previously endorsed by the American Diabetes Association, the Academy of Nutrition and Dietetics, the World Health Organization, Health Canada, the Food and Drug Administration, the American Cancer Society and the National Cancer Institute have all given Splenda their stamp of approval.

Until recently, there has been NO published data which indicated that sucralose was potentially carcinogenic. It has been used for decades by millions of people without major incidents. In contrast to other sweeteners such as aspartame, Splenda has been very successful as a low-calorie alternative without bringing adverse side-effects. Over 80 million people purchased a product with the “sweetened with Splenda” logo, according to a 2008 consumer trends report—a total of 71% of U.S. households.

But sucralose, or its brand name Splenda, has gotten into hot water after the Center for Science in the Public Interest (CSPI) announced that they were downgrading sucralose from “safe” to its “caution” list of food additives, after an unpublished study found it caused leukemia in mice. Many people are now worried: is Splenda safe?

The media has taken this story and ran with it. The web is full of warnings and articles regarding this product. I am surprised that the CSPI has done the same! But when I looked into the reason for the downgrade, I found some problematic information.

The study which has caused all of this worry was completed in Italy by a scientist Dr. Morando Soffritti, the director of the Ramazzini Institute in Bologna, Italy. In the study, researchers gave various dosages of Splenda to mice.

In some of the male mice, there was a direct and dose-dependent relationship found between the amounts of sucralose eaten and the development of leukemia. As a result, Dr. Soffritti said in a press release that children and pregnant women should avoid artificial sweeteners such as Splenda until more research could be conducted.

Not only is this press release highly suspicious in content but also in intent! Why did the institute publish the results in a press release before the data could be properly analyzed, scrutinized, and peer-reviewed? Why did the CSPI endorse, report, and place this product on their warning list?

The Ramazzini Institute has been previously criticized regarding its quality control, data analysis, and experimental design. Criticism from the European Food Safety Authority, the FDA and the U.S. Environmental Protection Agency has indicated that there were previous issues pertaining to the lab and some of its experimental findings.

From a personal perspective, I have looked into the controversy regarding the use of sweeteners over the years and have found Splenda to be very safe to use for humans. It tastes better than many other sweeteners and baking or cooking with it does not negatively affect the flavor of the food. I have been personally using this product occasionally for years and will continue to do so until there is reliable, peer-reviewed, and credible evidence indicating that I shouldn’t.