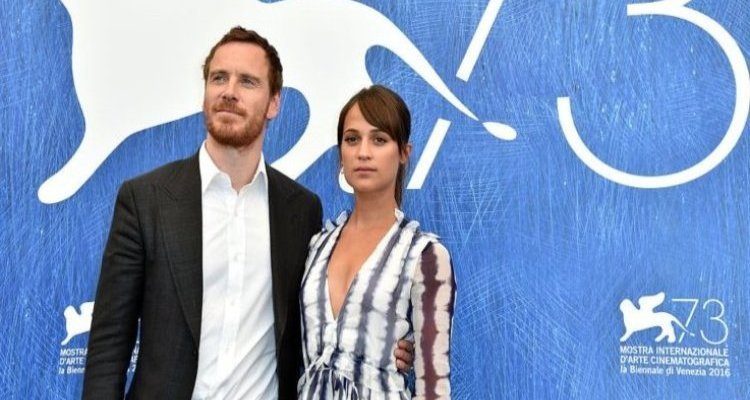 The Light Between Two Oceans stars Alicia Vikander and Michael Fassbender share an on-screen and off-screen romance. The couple is beautiful to say the least, and they are also incredibly fit. Let’s find out how they both stay fit despite a public profile and busy career.

When asked about his off-screen romance with stunning actress Alicia Vikander, Fassbender admits that he’s “glad it happened.” Although Fassbender is certainly private about his personal life, he can’t seem to escape questions about his relationship from the press. Many are interested in how the relationship developed; however, Fassbender maintains that he answers all questions selectively. Anything he doesn’t want to share is off limits.

The Hollywood couple has been dating for about two years and first met while on the set for The Light Between Two Oceans. They made their first public appearance at the Golden Globes in January of this year and it’s safe to say they both looked incredible.

The duo stays in shape in different ways, each attending to their own diet and workout regimen.

Irish actor Michael Fassbender works hard to maintain his lean physique, which is not natural for him. He does plenty of circuit training exercises which include push-ups, pull-ups, deadlifts, box jumps, kettlebell, clean presses, and floor wipers. He also does cardio on the treadmill and a medicine ball workout. He usually heads to the gym a few times a week and even goes swimming, hiking, cycling, and running.

Fassbender’s diet involves eating plenty of protein rich foods to help assist muscle strength and to repair them after all the intense workouts. Some of his choices include red meat, chicken and turkey breast, and protein shakes. He tries to keep his diet low in carbohydrates to keep his blood sugar in balance, and he eats small meats throughout the day (sometimes every three hours) to keep his metabolism running optimally.

Danish beauty and Fassbender’s girlfriend and co-star Alicia Vikander stays fit with diet and exercise too. Although her workout regimen is unknown, judging by her physique it’s clear that she does do some exercise to maintain her figure, whether it be cardio, resistance training, or even light weights. In addition to that, she follows a diet that is pretty relaxed yet still healthy. She eats nutritious foods and she mostly cooks her own food so that she can ensure she’s eating clean. She loves preparing dishes that she can share with friends while socializing like moussaka (Greek-style lasagna) and chili.

Vikander understands that the key to good health is eating well, and she does that so that she can feel strong as she continues pursuing her career. Since she does love food, on her off time she does like to enjoy a good meal with friends and family. This healthy approach is balanced and not super restrictive; Vikander just knows what’s good for her based on common sense.