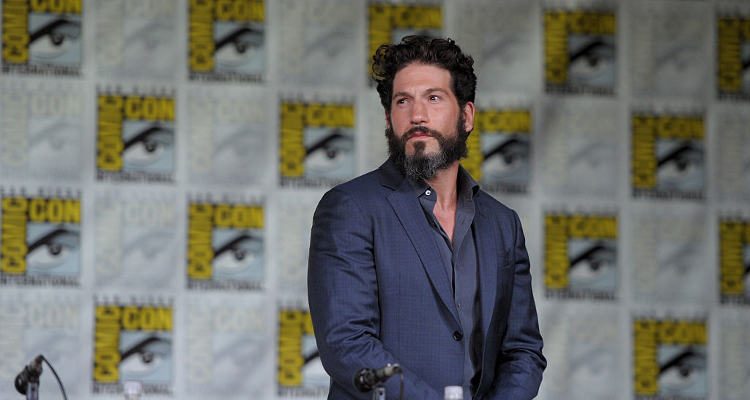 Jon Bernthal, one-time star of The Walking Dead, is going to bring Marvel comic book character The Punisher to life on Netflix. Slated to drop in 2017, Bernthal knew he had to get his fitness up if he was going to play a military vet-turned-superhero.

Of course unlike most superheroes blessed with big muscular physiques and otherworldly skillsets, the Punisher relies on his hands to handle his foes. But if that doesn’t work, he carries a gun and other military weapons to make his job a little easier—in other words, he doesn’t need the big body other superheroes do as long as he has a quick trigger finger. Healthy eating, a strict diet plan and a fierce workout routine to build muscle won’t offer too much help if you’re only flexing fingers.

But let’s be real: If you’re starring in a superhero show, you need to be in good shape; and while he might not be Captain America or the Incredible Hulk, Jon Bernthal ain’t no slouch. And considering that the Punisher is the alter-ego of ex-military vet Frank Castle, Bernthal had to get in shape for some intense hand-to-hand combat scenes.

Focusing On Fitness and Quickness, Not Size Or Physique

Ask any bodybuilder why they got started and you’ll hear the same answer: They wanted to achieve the 3-dimensional physique they saw in comic books. But a big muscle-bound body doesn’t work that well if you’ve got to be in close quarters using hand-to-hand combat like the Punisher—or a soldier who has to move quickly.

Although it’s hard to know exactly how Bernthal got into shape for the role, I suspect he used plyometric and intense circuit-based workouts to improve quickness, strength, speed and improve his cardiovascular capacity.

Basically, he wanted to get his fast-twitch muscles and his neurological connections firing as fast as possible to deal with intense fight scenes. He also told Entertainment Weekly (EW) he knew some people in the military and was able to train with them to work on his physicality, which probably involved some hand-to-hand combat, obstacle courses and weighted drills, in addition to boxing classes.

A Healthy Lifestyle For A Hollywood Body

Some sources report Jon Bernthal doesn’t adopt any crazy training regimens or specific diets; he just makes sure he focuses on healthy eating most of the time and includes some time in the gym each week. It’s nothing extreme, just a plain-old healthy lifestyle. You can bet things like chicken breast and other lean proteins are dietary staples for Bernthal, while whole grains, green veggies, fruits and healthy fats keep him fueled-up for his filming sessions.

Bernthal told EW he walks across the Brooklyn Bridge every day to keep his fitness up, while keeping a pretty plain diet. So, as you can see, you can get a good body by increasing activity and spending a little bit of time in the gym—you don’t need a strict diet and intense fitness plan.