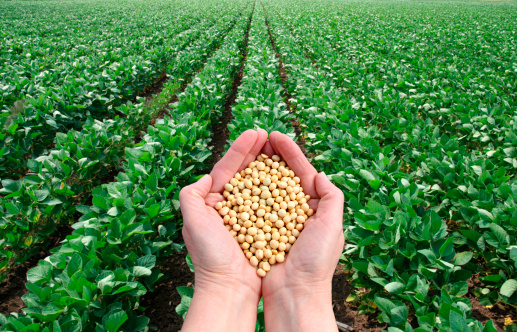 A university student walked into my office one afternoon and asked me how she could increase her protein intake. As a vegetarian, she was worried about not getting adequate amounts of recommended nutrients. I listed several suggestions such as nuts, seeds, legumes, beans, and lentils, and I also mentioned that tofu or any soy products are great options.

They are one of the few vegetarian options that consist of a complete protein. This means that any soy product contains all nine essential amino acids that are required by our bodies and are only available through our diet. I could sense her concern because she then asked, “Doesn’t eating too much soy cause breast cancer?”

With breast cancer being the leading cause of cancerous death among women, it makes sense to wonder does soy cause cancer, and to be aware of breast cancer causes. Soy is found in many foods, especially in Asian cuisine. If you’ve ever eaten tofu, tempeh, miso, edamame, or most vegetarian burgers and meats, then you’ve definitely consumed some variety of a soy product.

The link between breast cancer and soy was first made because a component of soy called isoflavones was found to be structurally similar to estrogen. Since they originate from a plant source, they are known as phytoestrogens and weakly mimic the effects of estrogen.

High levels of estrogen may promote cancerous cell growth, leading to growth of tumors in the breast tissue (and thus, being one of the breast cancer causes we should be aware of). However, there is a mixed understanding of whether soy has a protective or damaging effect.

Although isoflavones may be chemically similar to estrogen, they have many beneficial anti-cancerous properties. For instance, if the isoflavones bind to the estrogen receptors, it may prevent the actual estrogen compounds from binding, thus resulting in decreased breast cancer risk.

Since the isoflavones interfere with estrogen production and also produce compounds that bind the estrogen, they prevent further estrogen from binding to the receptor sites. In addition, soy contains many antioxidants, which are known to have many anti-cancer and anti-inflammatory properties.

What’s the real truth: does soy cause cancer or can it prevent cancer?

In the past, people believed that perhaps soy had a protective effect for preventing cancer. Several years later, rat studies found that higher levels of genistein, a major form of isoflavones, were known to enhance proliferation of breast cancer cells, thereby promoting breast cancer tumor growth.

However, as research progressed, scientists began to understand that mice and rats metabolized isoflavones differently than humans and therefore they had a much higher blood levels of isoflavones—levels much higher than would ever be found in humans.

Does Soy Cause Cancer?

The data on breast cancer causes is definitely conflicting, especially when it comes to determining does soy cause cancer.

In one meta-analysis, both incidences and recurrences of breast cancer were only found to have a significant inverse relationship with soy consumption among post-menopausal women.

While evaluating numerous studies, there was a four percent decreased risk of breast cancer incidence with every 10 mg per day of isoflavones consumed, however, this result was still not significant.

Another study of almost 200 women consuming 70 mg of soy isoflavones per day were found to have no changes in their mammography results over a three-year duration, again, indicating that perhaps soy is not one of the breast cancer causes we should be worried about.

The Benefits of Soy

Since soy products are a regular part of their diet—Asian populations consume an average of two servings of soy per day—soy isoflavones may play a protective anti-carcinogenic role, so soy may not be one of the breast cancer causes.

However, a typical Western diet doesn’t contain much soy, so it’s harder to answer the question, does soy cause cancer.

The bottom line is that while animal studies have shown detrimental effects, no human studies have shown harmful effects from consuming soy products. So does soy cause cancer? Based on the conflicting research to date, there’s no clear consensus that soy is indeed one of the breast cancer causes.

Does soy cause cancer? There’s not enough evidence to answer yes or no. To meet protein requirements, as my client was encouraged to, and as I would recommend to all of you, feel free to include these plant-based proteins into her diet. Soy is a great and healthy alternative to meat.

Enjoy eating a healthy, well-balanced meal full of plenty of vegetables and fruit. It is safe to consume moderate amounts of soy products for both the general public and cancer survivors.

Eat no more than three servings per day (one serving=150 grams or 3/4 cup). However, since there’s not enough research about the benefits of supplementing your diet with soy, I do not recommend taking soy or isoflavone supplements.