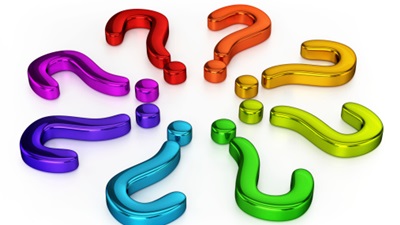 Recent research shows that I am going in the right direction. In a report published in Annals of Family Medicine, researchers looked at 10 controlled and randomized trials that measured the effects of cinnamon compared to a control in 542 participants with type 2 diabetes.

In each study, the subjects were randomized to either receive cinnamon or a control. The cinnamon supplement ranged from a dosage of 120 mg/day to six grams per day.

After six to 12 weeks, the subjects experienced a drop in fasting plasma glucose, but also had reductions in LDL cholesterol, triglycerides, and a subsequent rise in HDL cholesterol!

“Larger, long-term studies would definitely be beneficial in further elucidating the effects of cinnamon on glucose homeostasis,” said an expert in the field, Dr. N. White. “Until that time, cassia cinnamon in daily doses of one to six grams appears to be a reasonable option for glucose lowering in conjunction with (and not precluding) the use of evidence-based therapies when clinically appropriate.”

The supplement studied in this case was cinnamomum cassia (one teaspoon equaled a three gram dose). This is the common form of cinnamon consumed in the diet of millions of people who eat this wonderful spice which has been used for centuries to lower blood sugar.

This report was different than previous ones since it evaluated 10 different studies and looked at the collective results. The studies were diverse with several types of patient populations also involved with drug therapies and they were of a short duration and small sample sizes. Despite this fact, the results are exciting.

The active ingredient in cinnamon, cinnamaldehyde, is found in high concentrations in the bark of the cinnamon tree and is responsible for the smell and taste of cinnamon.

The concentrated oil derived from cinnamon bark is approximately 90% cinnamaldehyde. It is thought to improve insulin sensitivity by influencing the insulin receptor site allowing blood sugar levels to decrease sequentially.

This is the reason I recommend adding cinnamon to your diet because it improves the glycemic response to that food. As previously mentioned, I add this to my sweet potatoes before I consume them.

Take two to three medium sweet potatoes, skewer them with a knife several times, and microwave until soft, turning every few minutes. Let stand and cool before spooning out the potato into a bowl. Add one teaspoon of cinnamon and mix well. For added sweetness, add one packet of Splenda. For added spiciness, also add 1/4 teaspoon of allspice or nutmeg.