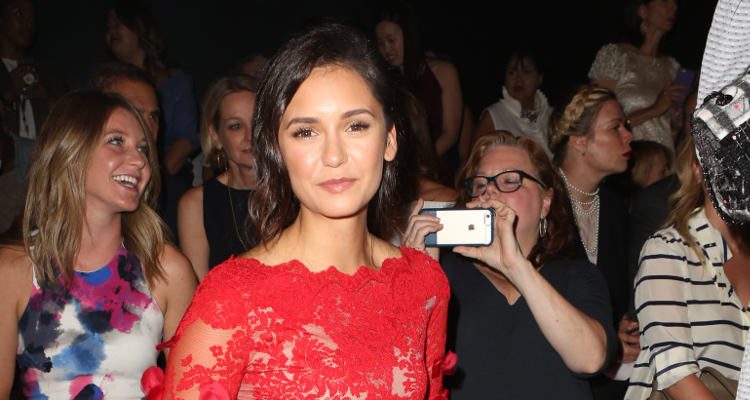 Nina Dobrev is set to return to the hit series, The Vampire Diaries, for its newest season, which will be sure to feature more racy scenes with the actress. For The Vampire Diaries’ season 8, Dobrev will be reunited with her costar, Ian Somerhalder.

Some rumors have suggested that Dobrev was reluctant to return to the series after Somerhalder allegedly made some rude remarks in regards to the intimate scenes the stars share together. While there has been no confirmation from either of the stars, the rumors are hard to believe simply because Dobrev looks as stunning as ever.

Dobrev takes diet and workout seriously, putting in the work to get a stunning bikini body. In fact, Dobrev used to be a competitive gymnast, which may be part of where she gets her training discipline from.

Now, Dobrev is revealing some of the secrets behind her bikini body.

Nina Dobrev was once a competitive gymnast, and she still uses intense workouts to keep her toned bikini body.

Dobrev works out regularly, using a lot of different exercise techniques to shock her muscles and encourage more weight loss. She tries to avoid using the same exercises, as she says it can eventually cause your body to stop shedding weight and toning up.

Some of the exercises that Dobrev uses include yoga, surfing, spinning, volleyball, and bodyweight exercises. In fact, on set, Dobrev will do push-ups and sit-ups while she’s waiting for the crew to set up.

She also works with professional trainer Steve Moyer, who helps her with one-hour workouts that focus on many different aspects of fitness. With Dobrev, strength, balance, and flexibility are all key focuses of her exercise routine, as well as exercises that work out her core.

Moyer says that Dobrev is incredibly motivated when it comes to her exercise, which may be one reason why the star has managed to keep such a slim and toned body throughout her career.

For Nina Dobrev, eating a healthy diet is just as important as working out.

The TV star eats a very nutritious diet, following some of the diet guidelines of her trainer, Steve Moyer. She eats very few processed foods. She rarely has alcohol. She also eats a lot of fruits and vegetables.

For Dobrev, it’s important that her diet isn’t too restrictive. She says that she gets angry when she can’t snack and that eating is important for keeping up her energy. She eats small portions of food throughout the day.

In particular, she enjoys eating protein bars to give herself an energy boost. She also has protein shakes, blending in the powder with almond milk. She uses these as a meal replacement and says that they are tasty as well as healthy.

She also has a lot of cold-pressed juices. Juicing is a good way to get nutrients and vitamins. As well, many people believe that juicing can help cleanse out your system, improving overall health. For Dobrev, juice is a healthy alternative to a cocktail or alcoholic drink.

So if you want to look like Nina Dobrev from The Vampire Diaries, try using a lot of different exercise techniques and eat a healthier diet.

Sources:
Aldridge, K., “How to Get Bikini-Ready like Nina Dobrev,” Shape, http://www.shape.com/celebrities/star-trainers/how-get-bikini-ready-nina-dobrev