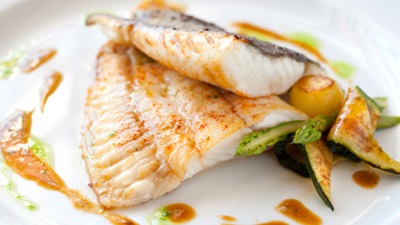 A recent study published in October found that the hype about the dangerous mercury levels in fish and seafood may not be as harmful as previously thought—and thus pregnant women don’t need to avoid fish completely, after all.

But that doesn’t mean the mercury scare is over —because mercury levels depend on the aquatic source of the fish including its surrounding environment and human activity (such as mining) in the area.

Since mercury is airborne, areas where mining is common may have high levels of mercury entering the nearby bodies of water from the atmosphere. Mercury accumulates in fish tissue and is not easily eliminated.

Mercury levels are increased by absorbing it from consumption of other fish. Therefore, fish that are higher up on the food chain have higher levels of mercury due to the numerous fish they consume.

These predatory fish are the foods to avoid and may include shark, swordfish, tilefish, king mackerel, marlin, orange roughy, escolar, and fresh or frozen tuna.

The Dangers of Mercury

Exposure to mercury has been shown to lead to increased risk of neurological and brain damage, a suppressed immune system, and even heart conditions. Since a fetus is the most susceptible, women of child-bearing age and pregnant women have always been warned to be vigilant with their intake of mercury containing foods such as predatory fish and seafood.

More recently, it was found that mercury exposure may also play a role in increasing oxidative stress and inflammation of the b-cells in the pancreas. These cells are responsible for the release of insulin, and if their function is decreased, you may be prone to high blood sugar levels and an increased risk of diabetes.

After 18 years of follow up, there were 288 incidences of diabetes. It was found that those with higher mercury levels were at a 65% increased risk of developing type 2 diabetes later in their adult life.  However, these results are somewhat surprising since fish is one of the healthy foods we’re often recommend to eat, not one of the foods to avoid.

It’s a lean source of protein and rich in many healthy nutrients such as omega-3 fatty acids. Further, participants with the higher levels of mercury were also more physically active, had higher educational level, lower BMIs and lower waist circumferences, were less likely to smoke and had lower fasting insulin levels.

While there have been numerous studies in both labs and in animal models, the evidence is not strong enough to make conclusive results. Since the most commonly consumed fish in Canada tend to have lower levels, mercury exposure or poisoning are generally not of much concern.

If you enjoy the taste of predatory fish such as shark, swordfish, fresh or frozen tuna, these are foods to avoid eating too frequently as you are putting yourself at increased risk of higher levels of mercury.

To avoid future health ramifications, stick to the current guidelines that allow you to enjoy the benefits of consuming healthy foods including a wide array of fish and seafood.

While predatory fish don’t need to be foods to avoid completely, limit your intake to no more than 150 grams per week (about one cup) or 150 grams per month for pregnant individuals (these are the standard guidelines of mercury levels found in Canadian waters).

It is important to note that levels can vary depending on source of fish. For instance, one professor at the Health Sciences University of Hokkaido in Japan found that dolphin and whale meat had mercury levels more than 20 times the acceptable standard amount permitted.

Other tips to help decrease the mercury levels in the fish and ensure that these stay on your list of healthy foods include:

Do you try to keep track of the healthy foods you eat, and the foods to avoid?