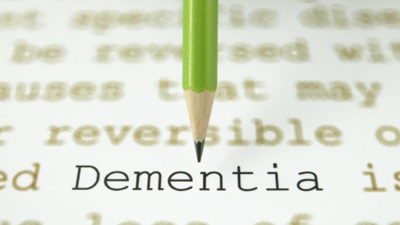 Previous research has indicated that omega-3 fats contained within fish oil capsules can decrease inflammation and therein reduce the risk of many diseases including dementia. There is also some previous research indicating that a moderate consumption of alcohol can improve artery blood flow, prevent clot formation and decrease the risk of inflammation inside the arteries. Experimental evidence has also led to the notion that the modest consumption of alcoholic beverages could reduce the risk of developing age-related cognitive decline and dementia.

The problem with alcohol, however, is that if you drink too much, this can damage the arteries and sensitive nerve cells in your brain. This can lead to alcohol-induced dementia. Recent but exciting research conducted upon rats indicates how fish oil can be beneficial in the management of this condition.

Researchers led by Dr. M. Collins and his colleagues exposed adult rat brain cell cultures to high concentrations of alcohol (four times the legal driving limit) and exposed 50% of the rat cultures with the omega-3 fat docosahexaenoic acid (DHA) and the other 50% were untreated.

“We hypothesized that omega-3 fatty acids, specifically DHA (which has been shown to neuroprotect from other acquired brain insults in the laboratory and to some degree in human studies) would suppress or prevent the neuronal degeneration due to binge alcohol exposure,” said lead author Dr. Collins.

“Our previous work and that of others had linked neurodegeneration to ‘neuroinflammatory’-like mechanisms that include oxidative stress (oxygen and nitrogen free radicals). The oxidative stress, we suspected, resulted in part from alcohol-induced excessive release of unsaturated fatty acids from brain membranes.”

The unsaturated fatty acids Dr. Collins refers to is arachidonic acid, also found in red meat and dairy products. Arachidonic acid is a precursor to the production of pro-inflammatory chemicals which can cause the increase in the inflammatory response responsible for free radical damage to nerve cells, nerve-cell swelling, and altered blood flow inside the brain. This collectively can lead to brain cell death.

The DHA contained within the omega-3 fish oil can decrease the increased secretion of arachidonic acid and thus help to quell the inflammatory cascade attributed to excessive alcohol intake.

“Fish oil has the potential of helping preserve brain integrity in abusers. At the very least, it wouldn’t hurt them,” said Dr. Collins.

My opinion is that, if you drink heavily, you need help stopping because you probably have an addiction.

However, in those who find that they are drinking more regularly, the addition of fish oil capsules may provide some protection against the damage that can be done to the nerve cells of your brain.

For those who are recovering from the ravages of alcoholism, the treatment with higher doses of high-potency fish oil capsules may be a safe and reliable option to prevent alcohol-induced dementia.