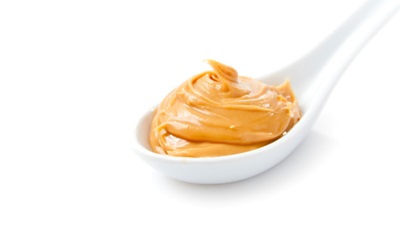 Recently, I wrote about how peanut butter could help young women reduce the risk of developing benign breast disease later in life. Well, it turns out that peanut butter has another medical trick up its sleeve: it may play an essential role in detecting early signs of Alzheimer’s disease.

Alzheimer’s affects the front of the brain’s temporal lobe, which is the portion of the brain responsible for your short term memory and sense of smell. So while it is exceptionally challenging to measure or track memory loss because of its slow, downward progression, smell is a little more straightforward, which inspired researchers to try this unique sensory-based diagnosis.

Researchers at the University of Florida’s McKnight Brain Institute Center for Smell and Taste, led by Jennifer Stamps, discovered that patients in cognitive decline often lose their sense of smell first. So, they had patients sniff a spoonful of peanut butter with each nostril separately. They used a ruler to measure the point at which people detected the odor (and to keep the other nostril closed). She came up with the idea of using peanut butter because it is a “pure odorant” (which can only be detected by the olfactory nerve), relatively inexpensive, and easily accessible. Their findings were published in the Journal of Neurological Sciences.

The researchers discovered that patients in the early stages of Alzheimer’s disease had a significant distinction in recognizing smell between their left and right nostril. For instance, they weren’t able to identify the smell of the peanut butter with their left nostril until it was an average of 10 centimeters closer to their nose than it was to the right nostril when they had made the same identification.

“At the moment, we can use this test to confirm diagnosis,” Stamps said. “But we plan to study patients with mild cognitive impairment to see if this test might be used to predict which patients are going to get Alzheimer’s disease.”

According to the Alzheimer’s Association, Alzheimer’s disease affects more than five million people in the U.S. and will cost the nation $203.0 billion this year alone.

It is estimated that one American develops Alzheimer’s every 68 seconds, but that number will rise to one American every 33 seconds by 2050.

There are numerous tests to confirm a diagnosis of Alzheimer’s or other forms of dementia, but they can be time-consuming, costly or intrusive.

While the peanut butter test by itself is certainly not enough for doctors to go on; it does provide a simple and inexpensive way to help those without access to healthcare or more advanced technology—and it can also help researchers understand where future research on this debilitating disease should be focused.