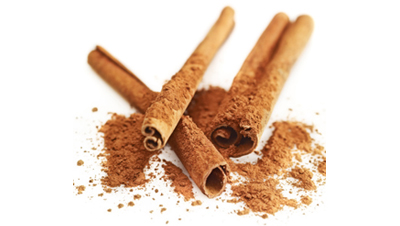 I love this spice and frequently use it in my oatmeal or mixed into my sweet potatoes. I also like how it is frequently used in Middle Eastern and Indian cuisine. The benefits of cinnamon as a medicinal ingredient in our diet have been purported for centuries and it is part of natural medicine treatments in many parts of the world.

Recent evidence published in Nutrition Research has shown that the addition of approximately half a teaspoon of cinnamon to the diet can reduce high blood fat levels and improve insulin sensitivity. The researchers also discovered that participants who were suffering from a condition known as non-alcoholic fatty liver syndrome were also helped by adding cinnamon to their diets.

The study included 50 participants who were randomized into two groups. One group received 1.5 grams of cinnamon and the other group were given a placebo pill. The subjects also received advice regarding lifestyle improvements. The subjects took the treatment daily for 12 weeks.

Patients who are obese, have high blood pressure, high cholesterol, insulin resistance, high blood sugar, or increased levels of inflammation have something known as metabolic syndrome. This syndrome, in 25% of the cases, is strongly associated with fatty liver disease. People who develop metabolic syndrome have a much higher risk for developing diabetes, heart attack, and stroke. Presently, there is no treatment for fatty liver disease so cinnamon may be able to play a significant role in this case.

This is a very promising report because the participants were only treated for 12 weeks. It would be interesting to see what the results would be like after 12 months of active treatment with cinnamon. This spice is a powerful antioxidant and can improve insulin sensitivity dramatically. By doing so, patients who have metabolic syndrome will also experience lower levels of inflammation, LDL cholesterol, triglycerides, inflammation, and less fatty infiltration of the liver. In fact, people who suffer from fatty liver disease can actually experience a reversal of the damage caused by insulin resistance and high levels of inflammation.

I recommend that people start to consume more cinnamon in their diets by adding it to their food as a spice. You don’t need to use very much—half a teaspoon is all that is required for a medicinal effect.