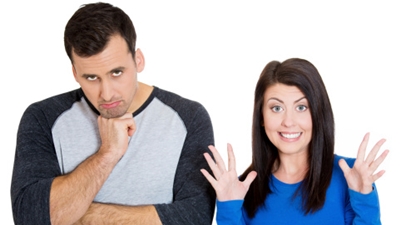 Some people are adventurous, loud, and outgoing. Others like to stay in their comfort zone, keep to themselves, and are introverted. Sure, your personality affects your social life, family dynamics, and maybe even your career—but what does it have to do with your diet and weight loss goals? Apparently a lot, according to new research from an Australian study.

Researchers at the University of Australia recently examined 16 studies from around the world and determined that your personality is actually linked to the amount of calories you consume. They noticed that people described as “open” or “conscientious” ate more fruits and vegetables and were less prone to binge eating and bad habits like heavy drinking and smoking.

“Open” people are described as those who tend to be rather imaginative, curious, and attentive to their inner feelings, while “conscientious” people are often careful, vigilant, highly organized, efficient, and self-disciplined. On the other end of the spectrum, people who are neurotic, impulsive, or had low levels of conscientiousness were more likely to be overweight or experience cycles of extreme weight gain and loss.

For example, a study noted by the American Psychological Association indicates that people who ranked in the top 10% of an impulsivity scale were an average of 22 pounds heavier than those ranking in the bottom 10%. These people often give into temptation and enjoy taking risks, while also tend to be more competitive, aggressive and cynical—all traits tied to excessive drinking and binge eating.

So does this mean it’s fruitless to try and achieve your weight loss goals if you fall into this personality trait?

I don’t believe a person’s personality is the be-all and end-all. The Australian review even concluded that there was no long-term association between being “open” or “conscientious” and sticking to a diet plan. The associations mentioned above for the varying personalities are just that: associations. They are not directly related by cause and effect, although they do make a lot of sense and show how traits and habits can spill over into other domains of our lives.

Most people don’t fall into a box. Obviously, some exhibit consistent behavior, but people differ on an individual basis in one way or another. Just think about how many times you might have judged someone in one area in their life and were surprised to learn about how they approached other aspects of their life.

On the Bright Side…

For example, I can be a combination of an “open” or “conscientious” person sometimes, but can be very unorganized, introverted, and competitive in other ways. I have no problem sticking to a diet or exercise routine and can usually tell you the exact number of calories and macronutrients I’m going to consume on most days. With other things, I can be very disorganized and sloppy. I like to say my apartment and workspace is in a state of “organized confusion” so take that how you want!

Don’t let the way others label you subtract from your belief in yourself when it comes to sticking to a diet. You can increase your chances of success by writing down realistic goals and coming up with a plan to lose weight. Construct a diet, plan meals, be prepared and do your best to stick to it. Hold yourself accountable to your goals and if possible, make it so you’re accountable to someone else. At the end of the day, you don’t have to change who you are inside to experience change on the outside.