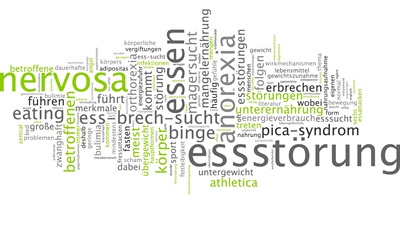 We all have eaten too much of our favorite foods at times, but what about binge eating? Does this common dieting trick and eating behavior pose any health risks? Studies show that binge eating is dangerous—especially for men.

According to new research published in the journal General Hospital Psychiatry, obese males who partake in binge eating behavior are more likely to develop metabolic syndrome (pre-diabetes) than females who have a similar affliction.

In a study on 190 obese adults, 26% of who were male, researchers found that the men were up to three times more likely to develop the clinical criteria for metabolic syndrome. The male subjects were also much more likely to have high blood levels of triglyceride and fasting glucose; larger waist circumference; higher blood pressure; and lower levels of HDL cholesterol. The male subjects were also more likely to have elevated levels of HbA1c (glycated hemoglobin) which is a direct measure of the degree of blood sugar control.

“A lot of primary care physicians are still not aware of (binge eating), particularly in men. Common thinking is still that eating disorders are women’s problems,” said lead author of the study Dr. T. Udo. “But, as we’ve shown in this study, this type of disorder can have a significant impact on men’s health.”

In my view, if you consider the fact that only 25% of the subjects in this study were males, the differences become even more apparent when you extrapolate these results into real world circumstances.

Despite the fact that there were no differences between each gender relative to psychological profile or binge eating behaviors, men who were overweight or obese and were prone to binge eating had a much greater risk of developing metabolic syndrome over females in the same clinical category.

In my opinion, the apparent difference in risk factors between each gender in this study has everything to do with how body fat is stored in males relative to females. Males primarily store body fat around their waist whereas women have a tendency to store it everywhere like their hips, thighs, buttocks, and arms.

This abdominal body fat accumulation men acquire is associated with a greater degree of insulin resistance, higher blood pressure, blood sugar, triglycerides, and, of course, HbA1c. With that also comes a great deal of associated health risks such as the development of metabolic syndrome, type 2 diabetes, heart disease, peripheral artery disease, and stroke.

Males who are overweight and binge eat are at higher risk of developing metabolic syndrome—not because they specially resort to binge eating—but it is more likely that the added weight gain which has accumulated in their abdominal cavity carries with it a greater degree of metabolic damage and associated health concerns relative to females with the same health issues. Whether males are binge eating or not, if they are overweight, they have an increased risk of developing metabolic syndrome over females who also are overweight.

Men need to be very concerned regarding this unique gender-based relationship that the results of this study bring forward, and take active measures to start eating healthy before their binge eating turns into something more serious.