Advertisement
https://www.foodsforbetterhealth.com/they-have-the-highest-childhood-obesity-rate-in-the-country-and-theyre-doing-this-to-combat-it-8371 They Have the Highest Childhood Obesity Rate in the Country...And They're Doing This to… Jon Yaneff Foods 4 Better Health 2014-03-12T07:00:21Z 2016-07-02 10:48:59 Health Conditions,Obesity 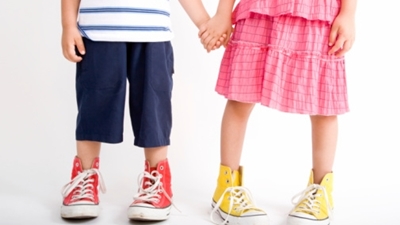 The wave of childhood obesity has been continually rising throughout the U.S. over the last decade. There is no doubt that children who consume lots of sugar-sweetened beverages like soda and fruit drinks are at a much greater risk of becoming overweight or obese which can extend into the teenage and adult years.

In certain areas of the U.S., especially parts of Ohio, the consumption of soda by children and teens are among the highest in the nation. This has prompted two schools to launch a program called “Sodabriety” to raise awareness among students regarding the risks of excessive soda consumption.

The campaign consisted of a 30-day program that asked for student involvement in the design and implementation of educational programs intended to raise awareness of the associated health risks of high soda consumption. Working with researchers, the students were trying to develop a convincing program which would reduce the intake of sugar-sweetened beverages in an area of the U.S. that has one of the highest rates of diabetes, obesity, and heart disease.

Led by researcher Dr. Laureen Smith from Ohio State University, the program was developed so that teens could try and convince their peers to give up soda and drink water instead.

“Teens that grow up in this region are ultimately more likely to die from cancer, diabetes and heart disease than any other place in the nation, and obesity is the common risk factor for all of those illnesses,” said Dr. Smith.

“A child’s odds of becoming obese increases almost two times with each additional daily serving of a sugar sweetened drink, and Appalachian (a region in the eastern U.S.) kids drink more of these types of beverages than kids in other parts of the country.”

The program gave students the opportunity to be creative and reach out to their friends regarding the hazards of soda consumption. The students developed a green-ribbon campaign where green ribbons were placed upon car antennas as a reminder not to drink soda. They also performed rap songs, including “sugar facts” as part of the morning school announcements, developed a “what’s in your cup” slogan and provided free bottled water. The students were also encouraged to directly communicate to other students the importance of substituting water for soda drinks. This was a daily challenge where students would have to report how much soda they drank on a daily basis.

The interesting feature regarding this program is that it was done correctly and was directly intended for the most important group of people: our children! The program was also a great success and resulted in the reduction of soda consumption from an average of 2.5 servings to 1.3 servings per day. In addition, the total number of days per week that soda was consumed fell from four to two and the consumption of water increased by 30%! These changes in beverage consumption were also still evident a month later.

There were also other interesting results of this study. Some students said that since giving up soda, they lost weight, had more energy, and noticed that their skin improved. Others decided to start a new exercise club at school.

In my opinion, these are the type of programs that will be required to tackle the issue of excessive soda consumption and obesity that is rapidly changing the health of our children and teens.