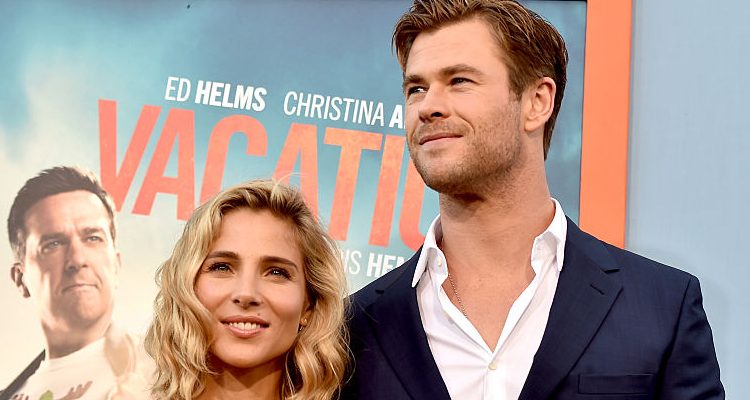 Thor star Chris Hemsworth and Furious 7 star Elsa Pataky are focusing their energy on a healthy lifestyle. The couple was rumored to have taken a break from their six-year marriage, according to various magazine reports. The 33-year-old Hemsworth addressed the splitting rumors with a cheeky social media post. Chris Hemsworth’s Instagram account post the message: “Looking for a new wife according to (Women’s Day Australia) and other misleading outlets! Honey you still love me right?!”

Looking for a new wife according to @womansdayaus and other misleading outlets! Honey you still love me right?! @elsapatakyconfidential #thanksfortheheadsup

The reports claimed that the first sign of tension between the couple was Pataky’s recent solo trip to her home of Spain. However, after a quick scroll through Elsa the couple’s social media feeds, it is likely that the romance is still going strong in the couple’s household.

#Repost @chrishemsworth with @repostapp. Thanks for make me laugh everyday, I had the best day ! Love you for ever! ・・・ Happy birthday to the worlds best wife, greatest mum and all round stunning human!! Love you loads and thanks for letting me help blow out the candles @elsapatakyconfidential

Dear Melbourne, thanks for the hospitality, you're beautiful and amazing, just like this hot chick I'm hangin with, love u both @elsapatakyconfidential @seeaustralia #melbourne

Instead of giving attention to the rumors that their marriage is over, the 40-year-old Elsa Pataky and Chris Hemsworth are continuing to maintain their relationship with a healthy lifestyle. Let’s take a look at the diet, workout, and lifestyle of the couple.

Australian actor Chris Hemsworth is best known for his role as Thor in the Marvel Cinematic Universe. He has portrayed the superhero in previously released Thor and The Avengers films, and he will reprise his role as Thor in Thor: Ragnarok, which will be released Nov. 3, 2017.

Hemsworth had a strict diet plan and workout routine to help gain 20 pounds of muscle mass to play the role of Thor. After all, Hemsworth was required to look the part of the Norse god of thunder. To help the actor get into superhero shape, Hemsworth worked with the director of Michigan-based personal trainers Art of Strength, Michael Knight.

Hemsworth’s workout regime was split into two parts. It would include a bodybuilder routine that focused on low-reps and high-weight that was designed to help Hemsworth pack on the size. The second part was a total body circuit that was designed to reduce fat and maintain muscle. Hemsworth’s training combined cardio and weight training. The cardio workout focused on Muay Thai and boxing with some weightlifting. He also had a pretty intense kettlebell routine. Hemsworth would work out for 60 and 90 minutes for five days weekly.

Hemsworth also has a high-protein diet that includes fish, steak, egg whites, and chicken breast, as well as brown rice and vegetables. Lean protein helps build muscle and increase muscle mass. He  reduced his consumption of starchy carbs like potatoes and rice, while increasing his intake of fibrous carbs like broccoli and spinach. Hemsworth also supplements with whey protein and amino acids to help gain muscle mass.

Spanish-born Pataky maintains her energy while parenting the couple’s children, daughter India Rose, 4, and twin 2-year-old sons, Sasha and Tristan. Pataky was able to rebound to her pre-baby body with her healthy lifestyle that includes her love of fitness and sports. Pataky reportedly enjoys yoga, swimming, rowing, Muay Thai, and riding on a stationary bike. She also performs 40-minute gym circuits with weights. She hired a Pilates instructor to supervise her prenatal exercises. Pataky is said to be an adrenaline junky that enjoys riding horses, surfing, and racing dirt bikes in nearby forests. She once jumped off a helicopter to ski down a hill. Pataky also works with personal trainer Fernando Sartorius on a three-way circuit that focuses on core stability, strength, and cardio.

Elsa Pataky believes women should perform yoga and weightlifting. Practicing both will reinforce a well-defined and strong body, while also regulating appetite. She also consumes a healthy diet with flaxseed, goji berries, and Kukicha tea. When she has a sweet tooth, Pataky and Hemsworth will consume their kids’ fruit purees. The couple also enjoys cooking and will prepare salads and vegetable soups, and also grill fish or meat. Pataky also loves lemon water and green smoothies. She will blend carrots, apples, celery, lemon juice, and green leaves with a teaspoon of olive oil.

Elsa Pataky and Chris Hemsworth both live very healthy lifestyles. If you ignore the splitting rumors and take them at their word, the couple likely also has a healthy marriage as well.