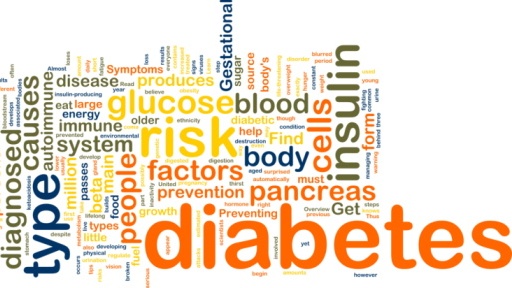 Diabetes is on the public health radar, with good reason. A chronic disease, diabetes has two different forms: Type 1 is the juvenile form of the disease caused by the destruction of the beta cells in the pancreas following an autoimmune reaction. Your pancreas gets to a point where it cannot produce its own insulin—problematic because your blood sugar needs to be controlled by the use of insulin.

Type 2 diabetes is the adult-onset version of the disease, and while it tends to affect an older demographic, it can attack at any age.

Type 2 diabetes is closely connected to the rise in obesity rates throughout the population. Beyond type 2 diabetes, obesity also is one of the main reasons why people are suffering from cardiovascular diseases at record rates.

With diabetes such a growing concern, how worried should we be with the rapid progression? New research shows that the prevalence of type 2 diabetes has steadily increased in the United States over the last several decades alongside the rate of obesity. This only proves to solidify what healthcare specialists have long suspected: Diabetes and obesity are closely linked.

This comprehensive study showed that the prevalence of obesity in those who had not been previously diagnosed with diabetes had steadily increased from 25% to 29%.

The results also indicated that the prevalence of type 2 diabetes has also increased proportionally from 7% to 11%; the 4% jump doesn’t seem significant, but that small percentage represents over 21 million American adults newly diagnosed with diabetes. If you look at it that way, the results are shocking!

Why Prevention is Key

According to Dr. R. Middelbeek of Harvard Medical School, “The alarming increase in obesity and diabetes rates not only shifts the focus on further improving diabetes treatment but underscores the ongoing need to prevent type 2 diabetes.

“The public and private sectors need to work closely together to tackle this immense problem,” he says. “Such collaboration may be the only way to prevent further increases in the prevalence of obesity and diabetes in the next decades and reduce the human and healthcare costs associated with these conditions.”

Those are words that ring loud and clear to me. In my opinion, there needs to be a much better effort in screening new cases, early treatment and prevention.

But the current strategy only allows more cases to be diagnosed earlier—which won’t do anything for lowering the numbers as it doesn’t address the true concern a public health emergency of this magnitude presents. Changes to government policy, lifestyle intervention skills and an emphasis on physical activity would be the ideal starting point to fight diabetes. It’s time to do your part—put down that donut, please, and lace up those sneakers!