Home > Celebrity Diets > Tom Cruise in The New Jack Reacher: Never Go Back Trailer, Movie Based on Lee Child’s Novel with Cruise Looking Fit as Ever 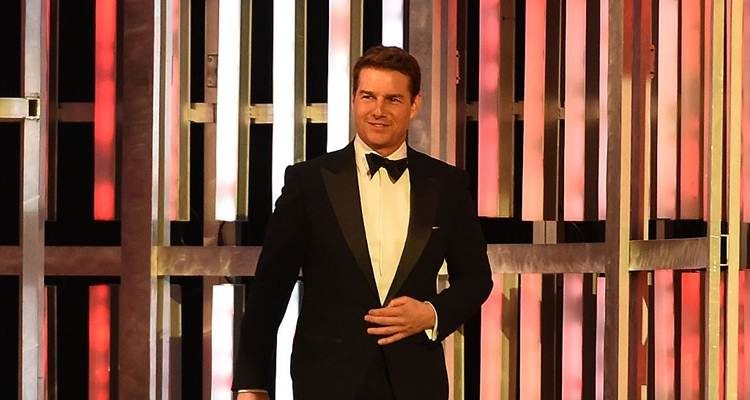 Actor Tom Cruise is looking as fit as ever as he reprises his role as Jack Reacher in Jack Reacher: Never Go Back, which will hit theaters Oct. 21.

The sequel to 2012’s Jack Reacher is based on the Lee Child novel. Child even has a cameo in the film as an airport agent scanning Cruise’s identification.

The Jack Reacher: Never Go Back trailer features Jack Reacher taking down his enemies with his bare hands. Check it out below:

Needless to say, the 54-year-old Tom Cruise was required to have an intense fitness regimen and diet in order to prepare for the role. Cruise has been featured in action films for over 30 years, and certainly knows what it takes to stay in shape.

Cruise is best known for his roles in Top Gun (1986), Days of Thunder (1990), and the Mission: Impossible franchise (1996–2015). Cruise also has three Academy Award nominations and three Golden Globe Awards on his resume.

Cruise has always worked hard to create his lean and muscular look. Some of his go-to exercises include weight training, fencing, and the treadmill. Cruise, one of the biggest actors in the world, had his diet and workout plan designed by former soccer star and friend David Beckham.

Working out is very important for Tom Cruise. He even carries his gym with him on his private jet. For his role as Jack Harper in 2013’s Oblivion, Cruise followed an exercise routine that incorporated weight training, bodyweight exercises, and high-intensity interval-training (HIIT) to help build muscle and burn fat. Cruise’s fitness instructor Tom Dyer suggested a metabolic conditioning workout for speed, endurance, and strength.

Cruise starts his workout with a warm-up with an 80-minute jog, five-minutes or rowing, and a skipping routine. He then performs 20 jumping jacks, 10 air squats, 10 walking lunges, and 20 high knees. His main workout includes three 10-rep sets of front squats, chin-ups, push presses, and deadlifts.

His breakfast would often include fruit like orange slices, avocado, and four egg whites or an egg omelet. Snacks for Cruise include mixed nuts, apple slices, a green salad, and some cheese.

For lunch he will consume a grilled chicken breast, spinach, and sweet potatoes. Dinner will include a turkey burger, salad, and broccoli. Cruise will also drink a minimum of 10 to 12 glasses of water.

Tom Cruise’s diet and workout plan have him ready to reprise his role of Jack Reacher in Jack Reacher: Never Go Back. The film also stars Cobie Smulders, Robert Knepper, and Danika Yarosh.