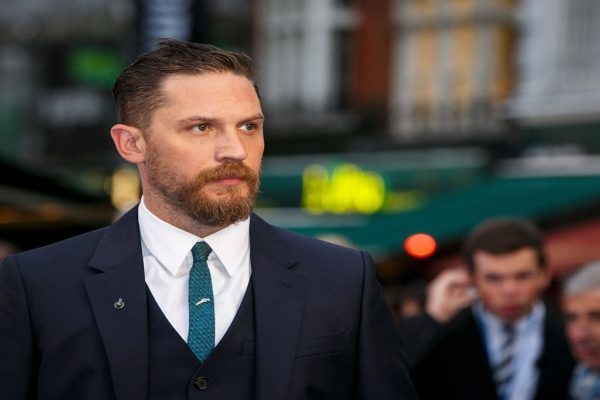 Tom Hardy is starring in Josh Trank’s upcoming movie, Fonzo, and to prepare for the role, he has to channel his inner gangster. This time around, the Mad Mad: Fury Road actor will be playing Al Capone, the infamous mobster. The film will focus on Capone’s later years when he was plagued by dementia as a result of syphilis. Capone wasn’t very muscular, and so his fitness regime to prepare for this role will be much different than what he is used to in the past.

Hardy is a perfect fit to play Capone in Fonzo since he has previously played a younger Capone in 2011, and he already has experience playing a gangster and criminal in his roles for films like Legend, Peaky Blinders, and Oliver Twist. It seems like Trank has his casting all right for his latest film, which will only add to the movie as a whole.

Hardy is generally a very muscular man, and his intense workouts can be accredited for that. Let’s take a deeper look into his workout and diet secrets.

For many of his other movie roles, Hardy’s fitness regime consisted of training four days a week, where he focusd on different muscle groups including chest, shoulders, and traps. Needless to say, he looks good shirtless.

Hardy’s workouts focus on certain muscle groups because he wants to look aesthetically pleasing on camera, and he has definitely achieved the look for sure. His workouts include exercises such as shoulder presses, pull-ups, push-ups, squats, deadlifts, and bent-over rows. These moves directly target the different muscle groups in his upper body.

Hardy also changes his workouts to fit the look of upcoming roles. For example, in order to get into shape for Warrior, he mixed traditional weight lifting with martial arts training as he was to play an ex-MMA fighter. When he had to play a prisoner, Hardy had to only bulk up to look like a street fighter.

In order to grow in size, Hardy had to increase his caloric intake to 4,000 calories a day. His calories often came from chicken and rice, and he would also consume junk food in order to put on those extra pounds. He also consumed plenty of milk along with protein and muscle-building shakes.

Although these tactics did work for him, they are not generally recommended as a means to grow in size. As an actor, he often has to achieve results in a short period of time which causes him to take drastic steps in order to do so.

We are more accustomed to seeing Tom Hardy as a big muscle man, but during Al Capone’s later years, that is far from the look of Hardy. It will be interesting to see him with a different physique as he takes on the role of the notorious mobster, Al Capone, in the upcoming film Fonzo.