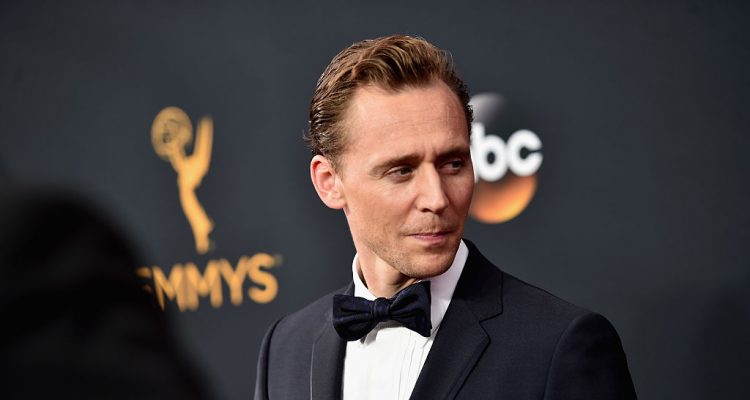 Tom Hiddleston, Taylor Swift’s latest ex-boyfriend, is rumored to be on the list of top contenders to play the next Bond since Daniel Craig has come out saying he’d rather slash his own wrists than play Bond again. Okay then. Hiddleston, who might be best known for his role in Thor: Ragnarok playing the vile but somehow likeable Loki, will likely play the lead character in the film version of the comic book Hard Boiled. Warner Bros is currently in talks to get the rights to the comic book but when and if they do, they want Hiddleston to be their lead.

Ben Wheatley will direct the film, and that’s great for Hiddleston because the two have worked together before. Fitness won’t be an issue for Hiddleston, 35, who is already in shape, so playing another comic book character won’t take too much more effort on his part.

Reports have circulated widely over the past few months that Hiddleston is so passionate and set on getting the Bond role that he has been upping his fitness game to make sure he is in proper shape, which means bulking up considerably since he is a lean guy to start with.

This means he has been overhauling every part of his diet plan and workout routines. His main contender for the part? Idris Elba.

An inside source at Eon productions (they make the Bond movies) told The Sun that Hiddleston “is already bulking up for the Bond role on a special diet. His new physique has been noticed by the bosses who now have him at the top of their list to replace Daniel Craig. Tom Hardy is going to be his main contender and not Idris Elba as everyone thinks.”

He might always be known as Loki, until another larger than life role comes up (perhaps Bond?), but Hiddleston has always had an amazing physique—lean and trim as opposed to buff and overly muscular. But there is no doubt that this past year has seen him shape his body into a tighter mass of muscles, which only fuels the speculation that he is vying for 007.

His role as Loki requires him to be in top shape, but that he keeps the long, lean look of the character. He not only has to look good, but his workouts have a purpose too. Some of the scenes in the Marvel comic book movies can be quite strenuous and require stamina, so fitness levels need to be at top level, especially the cardiovascular system to withstand all that jumping, leaping, and running.

Hiddleston reportedly works out six times a week and much of that is running. He loves to run, and his summer pictures were all over social media of him running on an Australian beach.
His diet is tight and clean. Sugary and alcoholic drinks are off limits, and that goes for junk food and processed food.

He sticks to a high protein diet, which includes broiled chicken, turkey, brown rice, sweet potatoes, and other vegetables. Water is his go-to drink and he consumes it in copious amounts throughout the day. Hopefully all of his hard work will pay off with him landing the role of the next James Bond, because he would certainly make a great secret agent.