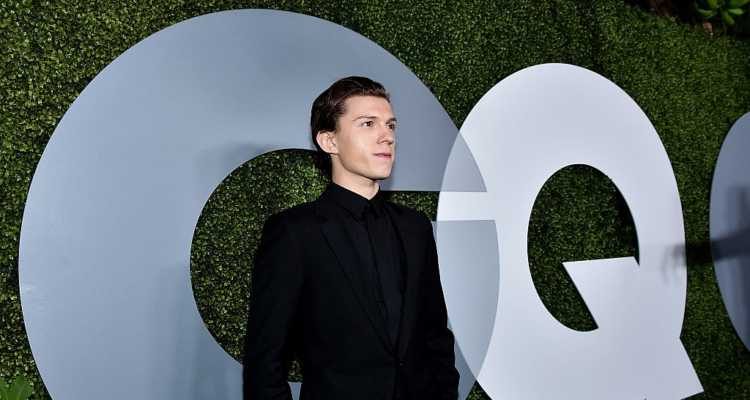 Spider-Man is back, and this time Tom Holland is the actor portraying the classic character in the Marvel Universe. The 20-year-old English actor appeared as Spider-Man in this year’s Captain America: Civil War, and he will reprise his role in the standalone Spider-Man: Homecoming film. The movie will be released on July 7, 2017.

Fans got to see a sneak-peek at the acrobatics and stunts of Spider-Man in the official Spider-Man: Homecoming trailer, which also features Tom Holland shirtless.  Check it out below.

Tom Holland stars as Peter Parker, aka Spider-Man. The Spider-Man: Homecoming preview shows Spider-Man flying around New York City, as the trailer teases what to expect from Marvel’s latest movie. The film also features Robert Downey Jr., crossing over as Tony Stark from the Iron Man/Avenger films. Excited fans are definitely ready for the film.

The film is the third cinematic iteration of Spider-Man/Peter Parker; however, it is the first to connect with the rest of the Marvel Cinematic Universe. Andrew Garfield portrayed Spider-Man in two The Amazing Spider-Man films (2012 and 2014), while Tobey Maguire played the web slinger in a Spider-Man trilogy (2002, 2004, and 2007).

How Did Tom Holland Get Ripped to Play Spider-Man?

Tom Holland has been showing off his Spider-Man training regimen on Instagram, including his boxing workouts. Holland says he has been boxing at a gym in Brixton, London.

Back in the boxing gym

Holland is clearly determined to look ripped as the new Spider-Man. He has even performed exercises to build his upper body, as well as doing gymnastics.

Tom Holland’s training regimen also includes something called electronic muscle stimulation, or EMS. It works by sending low-level electrical currents through the body to stimulate muscles, which helps build, tone, and strengthen muscles. Holland is a client of the gym Body Shape Studios, which utilizes the EMS method.

Back in @thebody_shapestudios for a killer upper body session. Thanks @missfitkaren

Holland says he combines the EMS training with his gymnastics training; he will basically put on an electric suit while he works out. Holland performs the EMS training for 20 minutes once a week. For this, he is strapped into a suit that covers his major muscle groups in the arms, torso, and legs.

The machine focuses on specific body parts and sends pulses that contract the muscles 80 times per second. It is really intense and the body needs a few days to recover.

It is not clear whether EMS will become popular in the U.S.; however, the technology has clearly improved Holland’s fitness. Holland says his friends think he’s cheating, but like all training methods, it takes a lot of work.

Tom Holland’s popularity will clearly rise with his role in Spider-Man: Homecoming. The young actor is also known for the title role in Billy Elliot the Musical at London’s Victoria Palace Theatre, The Impossible (2012), How I Live Now (2013), In the Heart of the Sea (2015), and 2016’s Edge of Winter and The Lost City of Z. Holland will also appear as Spider-Man in 2018’s Avengers: Infinity War. His other upcoming films include Pilgrimage and The Current War in 2017, and Chaos Walking in 2018.

Guerrasio, J., “Here’s how the new Spider-Man star got ripped for the role,” Business Insider web site, May 5, 2016; http://www.businessinsider.com/new-spider-man-actor-tom-holland-workout-2016-5.