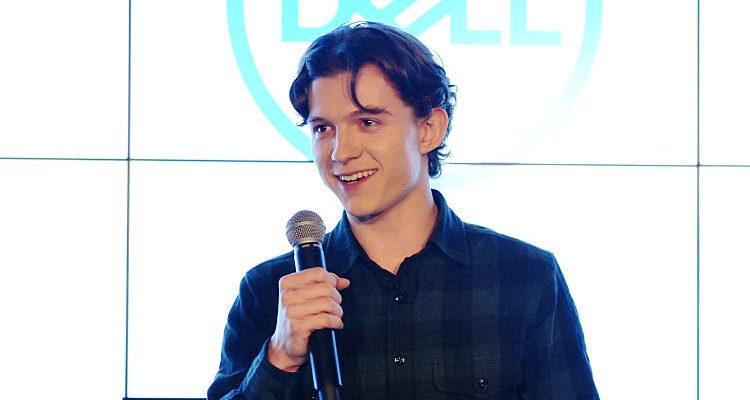 The newest Spiderman actor has received a top nomination by the British Academy of Film and Television Arts—BAFTA—for the 2017 EE Rising Star Award for his upcoming performance in Spiderman: Homecoming. Tom Holland has tough competition, going up against Ruth Negga, Lucas Hedges, Anya Taylor-Joy, and Laia Costa.

“I have to say thank you to BAFTA for recognising my work and nominating me for the EE Rising Star Award. What a huge honor this is and what a great category to be nominated in, so thank you, thank you, thank you!” Holland stated when he heard the news, as reported by SkyNews.

Holland has the chance to share the award with box-office stars such as John Boyega, Tom Hardy, and Kristen Stewart. In 2013, he was chosen as one of BAFTA’s Breakthrough Brits.

At 20-years-old, Holland has much experience under his belt in both theater and film. He was first discovered in 2006 during a dance performance with his fellow dance troupe members at a local festival. He stepped onto the professional stage in 2008, starring in the theater production Billy Elliot the Musical. Within two months, he had the lead role and continued to wow audiences until 2010, sharing the spotlight with three other actors.

The award-winning film, The Impossible, was Holland’s first big screen role for which he received Best Newcomer at the Empire Awards, Breakthrough Actor of the Year from the National Board of Review, and was named the Young British Performer of the Year at the London Film Critics Circle Awards.

Since then, Holland has been featured in films such as In the Heart of the Sea, How I Live Now, and The Modern Ocean. He also appeared in Captain America: Civil War, where he debuted as Spiderman.

The role of Spiderman didn’t come easy for Holland as he had to compete with some of Hollywood’s young stars. Those fighting for the role included The Fault in Our Stars actor Nat Wolff, Asa Butterfield of Ender’s Game, and Liam James of 2012.

Reports suggest the young British actor proved himself to be the next Spidey with the stunt videos posted on his Instagram account.

Other upcoming movies we can see Holland in are The Lost City of Oz with Robert Pattinson and The Current War featuring Benedict Cumberbatch.

Find out how Holland stacks up to the competition when the BAFTA ceremony takes place live on Sunday, February 12 on BBC One. You can catch his moves in Spiderman: Homecoming in July 2017.