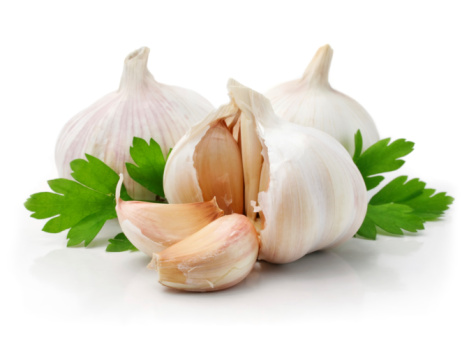 When the body’s pH level is disturbed, Candida can grow tremendously and cause a systemic problem. Sugar is the major cause of Candida growth. To control the growth of Candida, firstly you need to have a detox that includes lots of detox drinks and water, which will help flush out the colon and eliminate the Candida colonies. After sticking to the detox for few days, you can switch to an antifungal diet. Antifungal foods include foods with a low glycemic index that fight against Candida, and should be included in the diet.

Candida albicans is a fungus as well as a yeast that belongs to the genus Candida. Candida is found in healthy adults and is generally harmless, and in fact, aids in the digestion process. However, if it overgrows, it causes Candidiasis in those people with low immunity and relevant diseases, such as AIDS and cancer. It may affect the skin, mucous membranes, and cavities such as the mouth, vagina, nose, and intestines. Furthermore, since it is dimorphic, it can convert itself into a filamentous form to invade cellular tissue. It may also become resistant to antifungal creams and antibiotics.

People suffering from Candida or Candidiasis should follow a low-sugar diet consisting of antifungal foods that help break down the cell walls of the Candida yeast. Here are the top 20 antifungal foods and herbs that you can eat if you have Candida.

Coconut oil is one of the best antifungal foods that kill fungal infections. The lauric and caprylic acids in coconut oil prevent Candida overgrowth by strengthening the immune system. Coconut oil can sustain high heat and can be used for cooking and frying. It has a longer shelf-life than other oils. Consuming two to three tablespoons of the oil per day can help prevent Candida growth.

A study published in Journal of Prosthodontics says that apple cider vinegar is a good antifungal food. It has enzymes which regulates the presence of Candida in the body, balances the body’s pH levels, and encourages the growth of healthy bacteria. Most other vinegars should not be consumed.

Garlic, which is mainly used to add flavor to food, has antifungal properties to fight Candida. It also boosts and preserves the activity of good bacteria in the digestive system. You can crush two to three cloves of garlic, mix it with water, and have this garlic drink to fight fungal infection. You can consume it with coconut oil to get rid of stomach burn.

In addition to being antibacterial and antiparasitic, onions are a good antifungal food. Candida patients experience water retention and onions help to flush out excess fluids from the body. Raw onions have a strong odor that can  be minimized with parsley.

Ginger is a good antifungal food that can be added to food raw or in powder form, or you can drink it as ginger tea. It detoxifies the liver and improves blood circulation. Candida overgrowth can cause inflammation in the intestinal tract, and ginger helps soothe it.

Seaweed is an antifungal food. Candida patients often have hypothyroidism, and seaweed being high in iodine, helps balance the thyroid gland. Seaweed also helps flush heavy metals and toxic pollutants from the body which helps cleanse the intestinal tract.

Lemon and lime juice are antifungal foods that are otherwise used to season meat, vegetables, and fish preparations. Lemon juice increases the efficiency of the digestive system and boosts the peristaltic action of the colon.

One ounce of pumpkin seeds contains 2,452 milligrams of omega-6 and 49.3 milligrams of omega-3 fatty acids. They also have antiviral, antiparasitic, and antifungal properties. Chronic Candida overgrowth can damage the intestinal lining, causing inflammation of the gut. Omega-6 fatty acids help regulate metabolism and omega-3 fatty acids reduce inflammation. They can be added to salads, cereal, smoothies, or eaten as a snack.

Cloves contain a powerful oil called eugenol that helps fight fungal infection when taken internally. You can add this spice to tea, or make it a part of your daily diet by adding it to foods. A study published in the Brazilian Journal of Microbiology states that clove oil has a fast-killing effect on yeast cells.

The antibacterial properties of turmeric are well-known and it has numerous health benefits. The curcumin present in turmeric has been proven effective against various strains of Candida albicans. Make turmeric a part of your daily diet by drinking ginger turmeric tea, or by adding a teaspoon to a cup of coconut milk.

A study published in the Journal of Traditional Chinese Medicine states that cinnamon oil and Pogostemon oil significantly changed the morphology of Candida albicans cells and killed them. It is one of the best antifungal foods that can be sprinkled on your soup or yogurt.

Butter is high in butyric acid and helps to reduce inflammation in the gut. The lauric acid in butter acts as antimicrobial and antifungal agent.

Oregano oil can be applied topically or consumed in the form of capsules or liquid. According to a study in the Journal of Applied Nutrition, oregano oil can effectively kill Candida. In a research study conducted at the Georgetown University Medical Center, it was found that oregano oil stopped the growth of the yeast completely when injected into a culture of Candida.

This extract is made from the pulp and seeds of grapefruit. In a study published in the Journal of Orthomolecular Medicine, it was found that grapefruit seed extract is highly effective against different yeasts and molds. It kills the intestinal yeast cells, boosts the immune system, and restores the pH level of the body.

Cruciferous vegetables such as broccoli, brussels sprouts, arugula, radish, and cabbage are some of the best antifungal foods. These veggies contain sulfur, nitrogen-containing compounds, and isothiocyanates that can help the growth of Candida.

Probiotic-rich foods such as yogurt and kefir have healthy bacteria that promote a healthy digestive system and combat the spread of the fungus.

Commonly-used fermented foods such as sauerkraut and kimchi are the best antifungal foods. Before buying sauerkraut or kimchi, ensure that it is in raw or unpasteurized form, as most of the fermented foods are deprived of probiotics. Sauerkraut and kimchi have a good amount of vitamins C and B12, which help build a strong immune system and fight Candida overgrowth. However, these foods should be consumed once the initial detox is done.

Cayenne pepper is effective against genital and oral Candidiasis. It helps in the digestion of food and reduces constipation while flushing out the toxins, reducing the risk of Candida infection.

A study published in the Public Library of Science says that coriander has strong antifungal and anti-adherent properties that help fight against Candida. It also ensures early recovery from many types of fungal infections including Candidiasis.

Foods containing high amounts of sugar encourage the growth of Candida and must be avoided. Candida thrives on sugars. Here is a list of foods to avoid on a Candida diet.

Dairy products contain lots of sugars that can be difficult to digest and must be avoided. Cheese, milk, cream, sweetened yogurt must be completely avoided while ghee, kefir, butter, and probiotic yogurt are safe to consume when on a Candida diet.

Pork, processed meats, swordfish, and tuna should be avoided. The retroviruses present in pork, as well as the dextrose, nitrates, sulfates, and sugars found in processed meats harm the immune system. Fish such as swordfish and tuna contain heavy metals and must be avoided.

5. Alcohol and other beverages

Alcohol and drinks such as tea, coffee, and colas have high amounts of sugars and can impair the immune system. Fruit juices and energy drinks are loaded with sugar and encourage the Candida growth.

Doug Kaufmann has created a Phase One Diet which eliminates high-sugar foods, especially the ones having added sugars. He refers to these foods as fungal foods in his book, The Fungus Link. The diet is intended to starve the fungus and lasts for 30 days. The Phase One Diet insists on consuming lean meat such as poultry, beef, lamb, turkey and fish, and vegetables—except for potatoes, mushrooms, and corn, as well as low-sugar fruits such as berries. Those of you who have a tendency towards developing Candida, should adopt an antifungal diet plan that includes antifungal foods, and eliminate foods containing concentrated sugars.