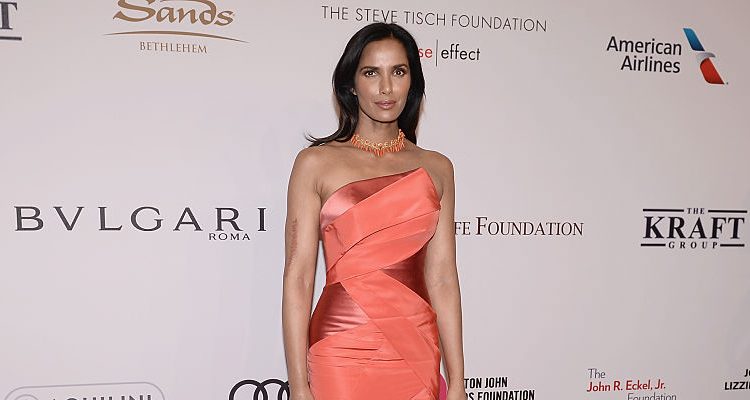 Top Chef season 14 is taking place in Charleston, and Padma Lakshmi and Tom Colicchio have announced that the season will pit old fan-favorite chefs with new ones. For the first quick-fire challenge, the chefs had to create a chicken dish, and they were also encouraged to make as many dishes as they wanted with a whole chicken. Although only few chefs were able to complete more than one chicken dish by the end of the time, only one chef could come on top. That was Chef Jim Smith thanks to his use of chicken innards.

The sudden-death challenge took place on a cotton plantation and put Gerald Sombright against veteran John Tesar. Although judge Gail Simmons seemed to be happy with both dishes, someone had to go home; thus, Sombright’s lack-luster oysters are what sent him packing.

As a host and judge on Top Chef, Lakshmi is often eating a wide variety of food from appetizers to rich desserts, so how does the host manage to stay so fit?

We are all familiar with Lakshmi as she is constantly recurring on each season of Top Chef. Throughout the seven years of the show, Lakshmi has gained and lost 15 pounds and it’s not because of her own diet but rather due to filming the show. It’s been suggested that, over the course of a season, Lakshmi can go up to two dress sizes just by consuming the decadent dishes.

In order to lose that additional show weight, Lakshmi told Fitness magazine that she doesn’t consume meat, sweets, alcohol, cheese, fried foods, or wheat and even works out five days a week. Her workouts consist of boxing and weightlifting.

When Lakshmi was pregnant with her daughter three years ago, she gained 45 pounds, which she admitted took 13 months to get rid of. She said having her good friend and makeup artist work out with her is what got her motivated to hit the gym while still enjoying herself. But just as it is important to exercise and eat clean, Lakshmi also stresses the importance of resting as a means of allowing your body to heal so you can achieve the results you want.

Lakshmi admitted that, since turning 40, she has seen her metabolism decrease and that she must work out much more now in order to compensate for that. She says that even if she goes one week without exercise she already begins to notice a difference in her body, so she maintains as regular of a workout schedule as possible.

As for Lakshmi’s healthiest habit, the TV host says she enjoys cleanse juices that consists of two ounces of pure cranberry juice, six ounces of either green tea or plain water, one Emergen-C vitamin C packet, and a teaspoon of fiber powder three times a day. She also ensures she stays well hydrated and consumes two to three liters of water a day.

Although it can be a challenge to maintain her weight, Padma Lakshmi knows that with regular exercise and a clean diet she can obtain the body she wants.