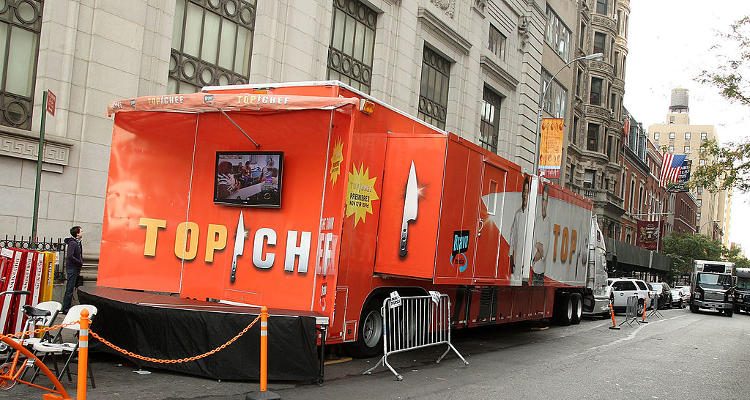 In the last episode, it was a chicken Quickfire Challenge and for Top Chef s14e02, the chefs prepared home-cooked meals. Top Chef has always been dramatic and the drama intensifies with home-cooked meals and a biscuit debate this time. For fans who didn’t tune in to Bravo TV for the show, we give a recap of episode 2.

The returning chefs and newcomers visited prominent Charleston Chefs, Carrie Morey and BJ Dennis, and learned a specific style of cooking. The chefs got inspired by their classic, home-cooked dishes. The chefs were then told to to prepare family style meals exemplifying a Lowcountry Southern cuisine.

The battle among the eight newbies and eight veterans is getting intense as the chefs compete for the Top Chef title, fame, a huge sum of money, and of course, a lot more opportunities. The chefs split into two teams—newcomers versus the old—increasing the gap between them further.

They were then sent off on a food shopping trip! The newbies can’t locate their grocery list and nobody has an idea of what they are doing. They are clueless about putting things together to use practically. They couldn’t coordinate well in the kitchen and just kept struggling. All of a sudden, they jump over to the budget and found that one contestant spent too much on pork which angers the other teammates.

While the flames were about to get extinguished, things intensified amid conversation about biscuits. The newbies never planned on making biscuits for their Southern meal and are heartbroken about their lapse the night before the challenge. Judge Padma Lakshmi also comments later,“The biscuits are a glaring omission.” BJ Smith was struggling while cooking the pork and Annie Pettry looked unacquainted with the conditions of the competition and was struggling too.

The returning chefs prepare a scrumptious meal. Casey Thompson turned out to be the queen of her team as she used up everything on the list.

Another chef who loves cooking veggies, tries to recoup from the burnt veggies made in the last episode by roasting them evenly in this episode, but ends up burning them again!

The veterans are seen enjoying and drinking the entire time while the newbies are crying about their biscuits!

There is more excitement coming up in the next episodes, so don’t miss them and stay tuned to Bravo TV.