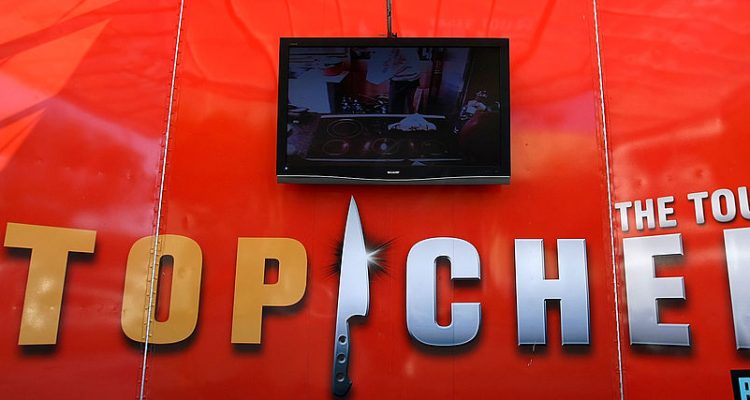 The winner of the sixth season of Top Chef, Michael Voltaggio, judged the chefs with a surprising challenge. He gave the chefs a blindfolded taste test.

Brooke Williamson tasted the duck and took the audiences by surprise by guessing as many as 16 ingredients right, but missed out balsamic vinegar. She later blamed it on the poor under-seasoned duck. Emily Hann was able to guess five ingredients correctly and excused herself by saying “Quickfires aren’t my strong suit,” making audiences wondering what was her strong suit then!

In the elimination challenge, the chefs were told to prepare dishes inspired by the happiest memories of their childhood.

They had to create dishes for the MUSC Shawn Jenkins Children’s Hospital charity gala on Kiawah Island.

Sylva Senat won the elimination challenge with her Haitian beef lollipops while Sheldon Simeon stunned the viewers with a simple bowl of rice and hot tea. Emily Hann screwed up her grandfather’s icebox cake but somehow managed to present it.

With every dish, the chefs had a warm memory and some great stories to share.

This time the judges decided to test chef Emily Hann and Jamie Lynch’s decision-making skills and confidence. They were told to shop for the ingredients in just 45 minutes and only use what they can carry in one armful. They were then told to prepare their dish in 20 minutes with the collected ingredients.

Lynch forgot the vital ingredients oil, salt, and pepper and wasn’t even allowed to borrow some from Hann.

With the lack of the most important ingredients, he seemed to have almost lost the challenge, but his creativity kept him going. He made use of watermelon rind and a bitter arugula puree to add some seasoning to his watermelon salad.

Lynch’s creativity persuaded the judges while Hann’s perfectly seasoned tomato salad had her lagging far behind.