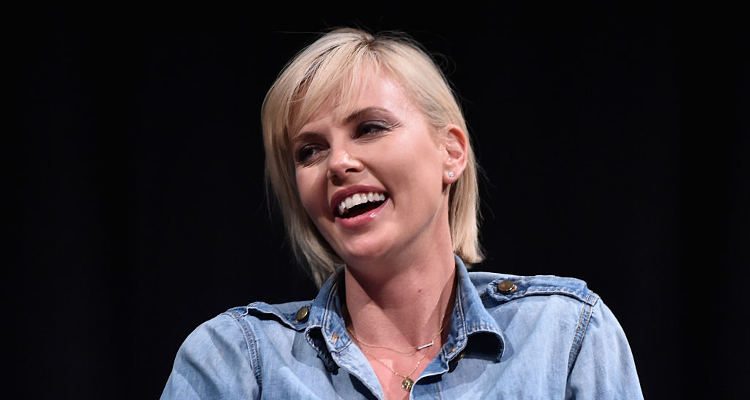 The comedy about motherhood, Tully, is Charlize Theron’s latest film, and she is shooting right now. The role required the Oscar winner to pack on 35 pounds so she could properly play a mother of three who has recently given birth, which means a curvier figure for the normally svelte and athletically toned Theron.

The 41-year-old actress was recently spotted on the set of Tully in Vancouver with a much fuller physique.

In April, she was photographed looking lean at the premiere of The Huntsman: Winter’s War, so the pounds have likely been added on in the past few months as she prepped for the role.

Many actors have done this type of method acting for roles, and it is the second time for Theron, who gained weight for her Academy Award-winning portrayal of Aileen Wuornos in Monster. A week ago, she posted a picture to her Instagram account of a black director’s chair and captioned it DAY 1: TULLY.

Theron has two adopted children, 3-year-old son Jackson and 1-year-old daughter August, and she says that is enough for now because she has her hands full. . She jokes that her son wants to get a cat, but she tells him no more things that need food.

When she’s not prepping for a role, the mom of two eats clean and healthy, opting for fresh fruit and steak and eggs for breakfast. She loves red meat, and the high-fat breakfasts she consumes are balanced out by the salads and fish she typically has for lunches.

Her dinners often include grilled chicken and more vegetables, but her favorite meal of all is a traditional African braai, which is lamb chops and spicy sausages cooked over a wood fire with salad and baked potatoes.

Theron is a trained ballet dancer and has always been active, if not downright athletic throughout her life. So going back to her normal workout and diet regimen will make it possible for her to lose the 35 pounds she put on for her role in Tully; and like before, she will probably lose it in time for the movie’s premiere.

Fedele De Santis, owner of The Gym on Nemo, has worked with the South African actress for years and trains his female clients to look like ballerinas. Dance, especially ballet, crafts the body to be long, lean, and strong. He says that Theron is serious about her workouts – so much so that he calls her Thundercat.

The workout they do is based on the principles of ballet, and his aim is to work all of the muscle groups. Some movements he incorporates into her routines are pliés in second position, seated bicep curls, side laterals, butt lifts, and bicycle crunches. On her own, Theron likes to do yoga and Pilates as regularly as possible.