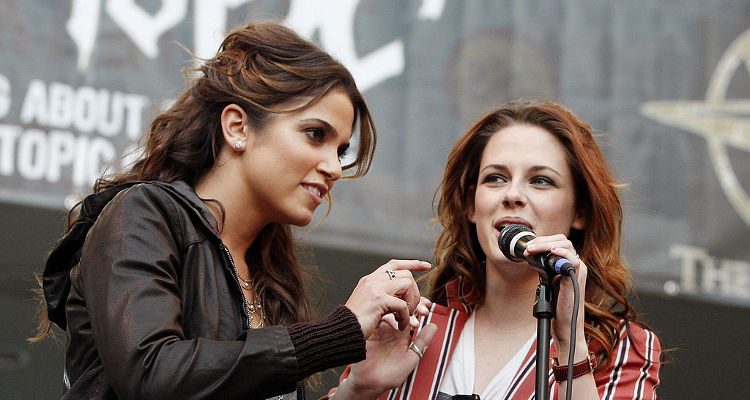 Some of Hollywood’s top stars gathered at the annual Elle Women in Hollywood Awards at the Four Seasons in Beverly Hills on Monday, Oct. 24. The event celebrated the achievement of a number of successful women in the movie and entertainment industry. The event set up some amazing movie reunions. For instance, there was a Twilight reunion with Anna Kendrick, Kristen Stewart, Dakota Fanning, and Nikki Reed all in attendance at the event.

All four beautiful actresses have a lot of influence in the world of Hollywood, and they also share a lot in common. Not only do they appear in the Twilight movie franchise, but they also have incredible diet and exercise plans. Let’s take a look at how each actress keeps fit and healthy at the same time.

Anna Kendrick plays Bella’s friend Jessica in all five Twilight films. The 31-year-old actress is naturally slim, and although she will not follow a specific diet, she will consume foods recommended from her nutritionist. Her diet does avoid dairy and alcohol, and when she has time, she cooks recipes like cauliflower soup.

Although the naturally fit Kendrick is not too passionate about working out, she does exercise on the elliptical and will work out three to four times per week. Kendrick also loves to practice Bikram yoga. Yoga is a great for improving posture and reducing depression. She will also perform weightlifting, martial arts training, and stunt training five days a week.

Kristen Stewart’s career skyrocketed after landing the role of Bella Swan in The Twilight Saga film series. The 26-year-old has also appeared in films such as Adventureland (2009), Snow White and the Huntsman (2012), American Ultra (2015), Equals (2015), and Café Society (2016).

Kristen Stewart has a unique diet and exercise plan to help her get through many of her physically challenging movie roles. For instance, she would do push-ups and weightlifting to prepare for Snow White and the Huntsman, according to reports. She also hired a personal trainer, and would perform exercises like running, Pilates, squats, and Bikram yoga. Some postures she performs include awkward pose, eagle pose, and tree pose.

Stewart also focuses on what she puts in her body. For instance, she doesn’t smoke or drink alcohol. She consumes a high-protein and low-calorie diet to lose weight. Her favorite food is Chili Verde, which is a Mexican dish that contains pork, tomatillos, and jalapenos. She has also built a friendship with Nikki Reed on a shared love for pies.

Nikki Reed portrayed Rosalie Hale of the Cullen vampire clan in The Twilight Saga film series. The 28-year-old Reed is also known for the film Thirteen (2003) and her role as Betsy Ross in the TV series Sleepy Hollow (2015-2016).

Reed apparently takes care of herself with a vegan diet plan and exercise program. Her plant-based diet is said to include avocados, almonds, brown rice, quinoa, kale, spinach, cabbage, asparagus, and broccoli. She also consumes cranberry juice, lemon juice, and apple cider vinegar. Nikki Reed also quit smoking. After quitting her smoking habit, Reed would work out instead with hiking, running, swimming, windsurfing, and water-skiing. She also enjoys boxing to help enhance her endurance and speed, while sculpting her legs and arms.

Dakota Fanning reportedly follows a fairly healthy diet plan most of the time. Sometimes she will eat breaded chicken on a buttermilk biscuit. Fanning will also consume grapefruit juice, collard greens, and macaroni and cheese. Other food favorites of Fanning include tacos, orange chicken, and chocolate fudge for dessert. On occasion, Fanning can also be spotted in her workout gear in North Hollywood. Needless to say, she must fit in a workout whenever her schedule allows for it.