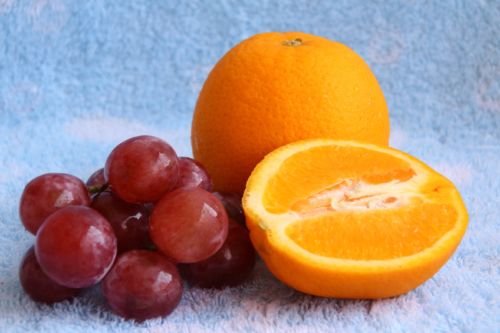 A study from the tail-end of May has shown a potentially novel method of reducing the risk of type 2 diabetes and heart disease among overweight and obese individuals. The findings come from a hunt for substances capable of promoting the development of glyoxalase 1 (Glo1), a protein that helps neutralize one of methylglyoxal (MG), the compound in sugar whose presence is a driver of insulin resistance and blood vessel damage.

After some hunting, the researchers—from Warwick Medical School in the United Kingdom—found two compounds that, although not viable on their own, could be combined at pharmaceutical levels to produce therapeutic effects. The clinical trial supporting this use of the compounds, trans-reveratrol (tRES) from red grapes and hesperetin (HESP) from oranges, is small but promising and helps show the potential of this team-up.

Understanding the implications of this study is a bit different from previously discussed pieces of research since this was a “crossover trial”. A crossover trial is when participants go through different sequences of potential treatments rather than a single, continuous therapy. In this case, participants were cycled through placebo and supplement treatments.

This helps reduce patient variability and allows for the use of smaller sample sizes that parallel trials, when treatment and control groups are separate. However, the use of only 32 participants still limits understanding the scope of the observed effects. Blinding was also not used, which does add additional issues of its own.

On a more positive note, the use of daily diet questionnaires is a useful way of adding extra controls to the groups and helps rule out effects from individual eating habits. The flip side, unfortunately, is the potential for the Hawthorne Effect. Simply put, this is a known phenomena where people behave differently when they know they are being monitored. The fact that participants had to answer daily questionnaires about their diets may have led some to make decisions that would not be representative of their normal eating habits. It is an annoying, but unavoidable factor in research.

One oddity that needs to be mentioned, though, is that the research is that there is no description in the study’s summary or press release (full study requires subscription) of how the crossover was set up. It is unclear how treatment orders were divided up or even how long the “cooling off” period was between treatments—an important control to make sure effects from one section don’t carry over into and taint the observations of another. This does not mean such basic elements of crossover design weren’t included, just that they can’t be evaluated.

The important thing to keep in mind here is that this trial does not try and assess the tRES/HESP combination for a specific condition—it is only trying to see if the supplement promotes Glo1 activity in people rather than only in a Petri dish. This verification is important since many observed in vitro effects do not translate to actual humans. In other words, the results do not say “this might be useful for such-and-such ailment” but instead say “this does what we hoped it would do”. Whether the effects of the tRES/HESP combination could produce actual benefits—that is, if the biochemical changes it seems to induce are enough to actually make a difference—remains to be seen.

A treatment capable of promoting Glo1 expression would be a valuable addition to available lifestyle and diet approaches for obesity and type 2 diabetes, along with the associated risks of these conditions. The hope for the findings is that they lead to more specific therapeutic applications and attract the interest of drug manufacturers who will explore the compound’s use as a pharmaceutical.