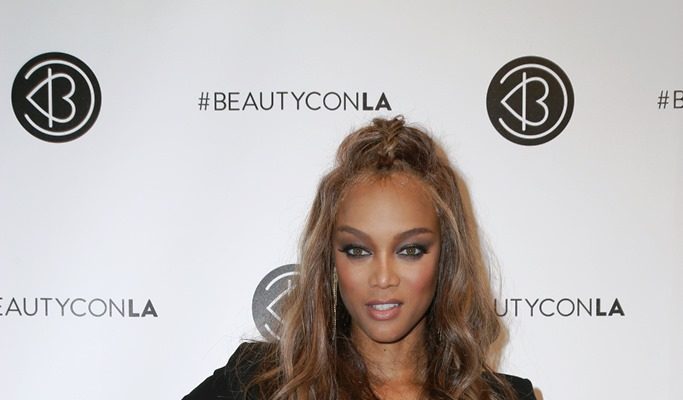 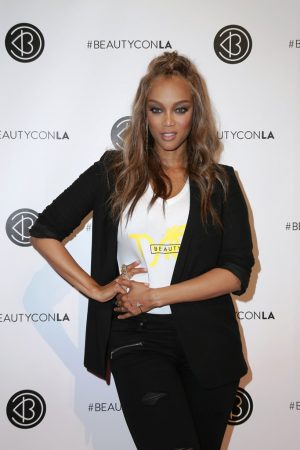 Have you seen Tyra Banks lately? Well if not, the famous model at age 42 is looking closer to the age of model Karrueche Tran (28) and NBA-wife Draya Michele (31).

When the famous America’s Next Top Model creator and host stepped out in Los Angeles for the Beautycon Festival last Saturday, you would think she had found the fountain of youth!

Banks, who has her own cosmetic line, has always looked stunning for the majority of her career but even she can fall off the workout and diet wagon once in a while.

Although the ageless beauty doesn’t seem to be cracking in her 40s, it wasn’t always so easy and Banks has struggled with the yo-yo diets and fluctuations in her size. 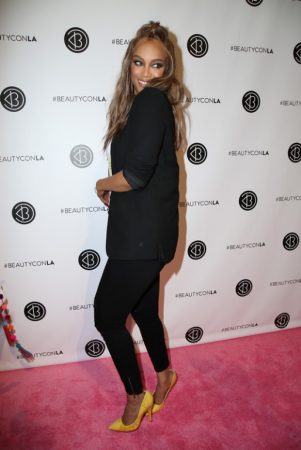 Like Beyoncé, Tyra Banks has always been known for her curves and as of late the model shed 30 pounds within six months without starving herself or embarking on some crazy, trendy diet.

Banks’s love for food is well known, but she knows when she’s had too much. She realized she was gaining too much fat and made a conscious decision to switch to healthier foods. She believes that if your diet is good, your skin and body will reflect it.

On Banks’s grocery list you’ll find organic and nutrient-loaded foods including myriad greens and fresh fruits. But don’t be fooled—she’s not as straight-edge as you think and sometimes partakes in the occasional binge. This helps her remove cravings and allows her to continue to properly nurture her body.

Furthermore, Banks has hired nutrition expert Heather Bauer to help her create meal plans which best suit Banks’s needs; these meals are often high in protein, and low in fat and carbohydrates.

Here is a breakdown of Tyra Banks’s typical day of eating:

Along with her diet, Banks also has a killer workout routine set up by her trainer, Martin Snow. Her workout regimen consists of resistance training and cardio workouts. For cardio training, Banks enjoys running three miles either outdoors or indoors on an elliptical or treadmill.

Other aspects of her exercise routine consist of parachute running and the use of a medicine ball. Parachute running, in particular, is excellent for building strength because it uses resistance brought on by the parachute catching wind. For this exercise, the parachute is tied around the waist and then you begin to run. As the parachute fills with air it becomes more challenging to run. Medicine balls also help with muscle conditioning and burning calories, and by using medicine balls of varying weights, you can try several different types of exercises to achieve results. 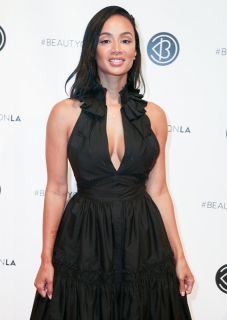 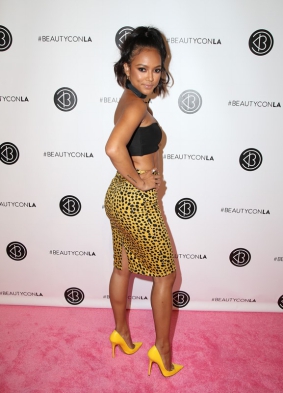 Whether you’re a fan of Tyra Banks, Karrueche Tran, and Draya Michele or any of the other celebrities you may have seen at Beautycon in Los Angeles, or are just looking to achieve a body similar to theirs, Banks has some words of advice for you. She recommends healthy and nutritious foods, which doesn’t always mean cutting down on calories; it largely means making better food choices. The plus side is that many healthy foods are low in calories, which allows you to consume more so you don’t have to starve yourself for your diet.

Another helpful tip is to document everything you’re eating in a food journal for a few days or even a week, to help you modify your food choices. Hold yourself accountable for your unhealthy food choices, too—if you know you cheated, then spend an extra 20 to 30 minutes in the gym to work it off. Lastly, substituting unhealthy foods with healthier choices is a great way to transition into healthier eating. For example, swap out chips for oven-roasted popcorn.

So if you’re aiming to look like Tyra Banks, Karrueche Tran, and Draya Michele as they appeared at Beautycon, Los Angeles, then try following some of these Banks-approved tips—you can look and feel your best without the starvation!