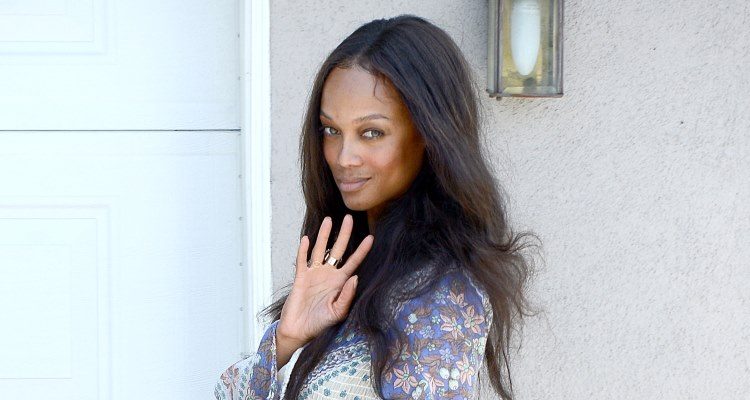 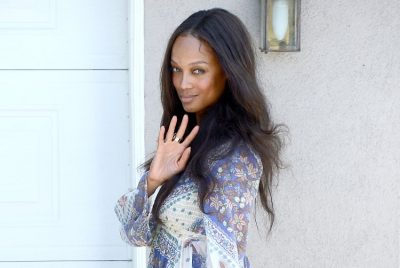 Supermodel Tyra Banks is one hot mama—especially with long-time boyfriend Erik Asla by her side. She’s been in the business for over 25 years and has maintained her photogenic beauty by following a healthy diet plan, fitness and workout routine. 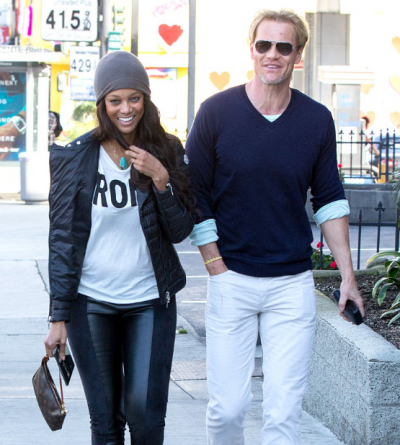 Tyra Banks was known as an outspoken judge on her hit show America’s Next Top Model, and as a former Victoria’s Secret model she is nothing short of fierce. Having a wildly successful modeling career is no easy feat, but Banks makes it look effortless.

Even though she has struggled with her weight in the past, Banks has achieved weight loss by following a consistent, realistic fitness regimen—not through fad dieting. Banks was the first African-American woman to appear on the cover of Sports Illustrated magazine, despite being constantly rejected at the beginning of her career because of her curvy figure.

What is Tyra Banks’ workout routine like? Well, for starters, she doesn’t like to get bored. When on the treadmill or elliptical, Banks likes to be entertained, so she watches TV while working out. She recommends this trick to others, too, as a way to make exercise fun. 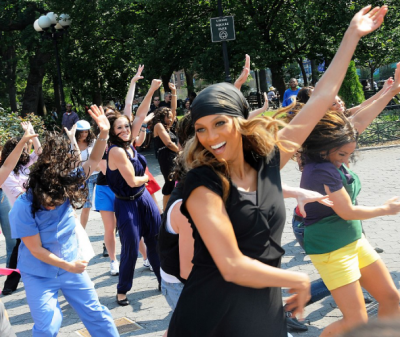 Banks also likes jogging; she says the key is to do it often in order to form healthy habits. A typical workout routine for Banks often includes warm-ups, running drills, and parachute running (running with a parachute strapped to her body). She also enjoys hardcore boxing and uses medicine balls in her workouts frequently. The key for Banks is variety—doing different routines and mixing her exercises up.

In 2009, Banks worked with her nutritionist Heather Bauer and lost 30 pounds. How did she do it? Well, Banks doesn’t believe in a diet plan, so she made a lifestyle change. She ate a lot of foods that were high in fiber and avoided empty carbs like bagels, muffins, scones, pasta, candy, and sweets. She substituted in good carbs like brown rice, peas, beans, corn, sweet potatoes, and whole-wheat bread. She also opted for high-fiber cereals and crackers.

Homemade Lunch. Makes up for that "double tomatoes" breakfast pic? ?

Banks also made all her own meals—no personal chef here—and also recorded what she ate in a food diary. The reason she does this is because she doesn’t count calories. Instead, she records everything she puts in her mouth. That way, if she sees that she ate a less-than-healthy meal, she knows to eat better the following day. Essentially, the food diary helps her with balancing her meals and holding herself accountable.

Foods that she loves include fresh fruits like mango and papaya, green salads, and lean protein like grilled chicken and shrimp. One of her favorite snacks is crudités—an hors d’oeuvre consisting of raw veggies and onion dip.

Here is a sample meal plan of what Banks might eat in a day that aids weight loss:

Tyra Banks and Erik Asla attempted to conceive a child during the first few years of their relationship, but Banks struggled with infertility. The 42-year-old shared with People magazine in 2015 that she underwent IVF procedures, which came with some traumatic experiences.

“It’s difficult as you get older. It’s not something that can just happen,” she shared.

Luckily, Banks and Asla, 51, welcomed their first child, York, via surrogacy in January.

As for motherhood, Banks spoke to E! News and said this:

Bottom line: It seems that the secret to a happy lifestyle, a successful diet plan, fitness and workout routine for Banks is a combination of things: