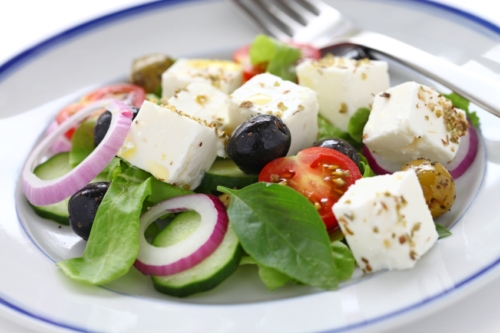 Some headlines have been generated over recently released findings from a 16-year study on how a Mediterranean diet affects hip fracture risk in older women.

Although there is fortunately less hype than has been displayed in the past, what this study might mean for the average woman requires a bit of explanation. The study’s lead author was Dr. Bernhard Haring of the University of Wurzburg in Germany.

Aside from the standard caveats about single studies and replication being important, there is one key finding from the study that should be mentioned. Although there was a very slight reduction in hip fractures suffered by older women with high Mediterranean scores, there was no noticeable impact on total fracture risk. In other words, these women were suffering the same amount of fractures as the other groups, but their fractures were slightly less likely to be to the hips. This has one of three broad possible interpretations:

For his part, Dr. Haring has urged that the findings be interpreted cautiously, which is always a good approach when dealing with studies. On the plus side, the study doesn’t show any increased risk of fractures, hip or otherwise, from Mediterranean diets, which is good for any older women with a love for olive oil.