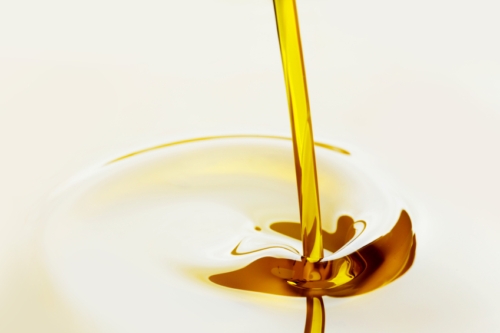 The idea that replacing saturated fats in the diet with unsaturated ones can lower LDL cholesterol and improve heart health—a relationship known as the “diet-heart hypothesis”—is a basic part of nutritional guidance.

However, previously lost research has been found that raises serious questions about how accurate this advice may be and in at least some cases suggests that it may be harmful.

The research, also known as the Minnesota Coronary Experiment (MCE), was one of the most rigorous and thorough attempts to test the diet-heart hypothesis and its results went unpublished and lost until recently. Although the MCE is 45 years old, its findings raise important questions that have spent too long being unanswered.

The results were considered “disappointing” by the researchers and they were left unpublished as a result. This is an unfortunate tendency in science where negative or neutral results get reported less often even though they can still add value to the body of knowledge. In the case of the MCE, quite a lot of value was added even if it wasn’t the kind that the original team expected.

What These Results Mean

The MCE is an important contribution to the discussion about the impact of saturated fats on health. It shows that when outside influences are controlled for, replacing saturated fats with vegetable oil does not seem to produce meaningful changes in coronary disease or heart attack risk even if it manages to lower cholesterol. This idea is supported by the literature since a systematic review of other studies that examined vegetable oil and used proper controls shows a similar lack of significant coronary improvement.

The fact that the MCE showed an increased risk of death and heart attack among the vegetable oil group is a bit more puzzling. It was theorized that this may be due to how higher linoleic acid levels produces increased oxidation of the remaining LDL that furthers coronary risk even with lower cholesterol levels and with HDL being unchanged. This idea of an unexpected consequence may also explain why various other LDL-lowering agents do not show consistent impacts on heart disease.

Why The MCE Results Matter

The reason the MCE is still important, even after almost half a century, is that dietary studies rarely achieve the level of thoroughness that was demonstrated here. Most diet studies are observational, not blinded, and based on the self-reporting of participants. Unfortunately, this makes these studies prone to what is known as the “healthy consumer bias”.

Basically, trying to simply look at someone who replaces their saturated fats with vegetable oils isn’t the best way to tell what effect the substitute may have, since this person is already predisposed to making other healthy choices that could skew the results. The MCE’s blinding and randomization helped control for this and made sure that any cholesterol changes seen were the result of the fat substitution and not other factors.

Since the participants were all drawn from mental health and nursing home facilities, there was also an impressive ability to both fully control the diet and to ensure and track adherence.

Simply put: the Minnesota Coronary Experiment used a level of rigor and control that is rarely seen in dietary studies, especially ones with such a specific hypothesis. Due to this, its results can still carry weight and utility even after so many years. The sad part is that the researchers didn’t publish at the time because they assumed they must have done something wrong. In truth, they did everything right and produced an experiment that met the gold standard of scientific research.

As always, and even with a study as well conducted as the MCE, there are limitations that need to be acknowledged. The first is that the levels of linoleic acid given to the vegetable oil group were much higher than those normally found in the American diet, even among people who try and make substitutions.

This means that the possible coronary risk may not kick in at the levels consumers normally eat, which could be hiding a possible benefit. Not all of the participants could be tracked past a year once they left their respective facilities as well, so only about 25% of participants were able to be monitored for the full time frame.

There is also the matter of missing data. Not all of the MCE’s findings were able to be recovered. Most notably, half of the autopsy results are still unaccounted for. This means (and the article agrees) that it is unwise to try and draw general conclusions from the autopsy findings. Other unavailable data includes info on the trans fats that may or may not have been present in the study diets and information that could lead to more precise analysis of any smokers, drug users, those with coronary histories, or other subgroups.