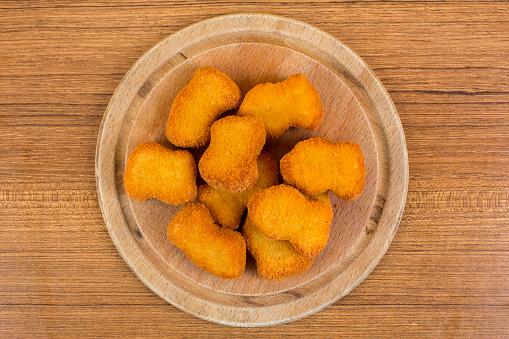 The Food Safety and Inspection Service (FSIS) announced Saturday that approximately 4,530 pounds of Applegate chicken nuggets are being recalled due to potential contamination with plastic materials.

Perdue Foods LLC is recalling the eight-ounce boxed packages that contain 18 pieces of “Applegate Naturals Chicken Nuggets”. The nuggets have a Best Before Date of: 09/27/2016.

Recall! 8 oz. packages of Applegate Naturals Chicken Nuggets with “Best Before” date of 9/27/2016. No one is sick. https://t.co/OiYKQJjTTL

The contamination problem was discovered when Applegate received consumer complaints of solid, clear plastic being found inside the Applegate Naturals Chicken Nuggets products, although no adverse reactions from eating the products have been reported.

Consumers are being urged to throw out the nuggets and not eat them. The recall is being treated as a class 1 (high health risk) recall—a health hazard where there is a likelihood that the use of the product will cause adverse health consequences.

In more “chicken nuggets” news, late last month Perdue Farms announced plans to abolish antibiotics used in chicken sold as chicken strips and chicken nuggets in stores across the U.S. This will essentially make Perdue the largest supplier (to grocery stores) of chicken raised without antibiotics.

Other restaurant chains and chicken producers plan to stop or reduce antibiotic use by their poultry suppliers, including Subway, McDonald’s and Chick-fil-A Inc.

Antibiotics are used in poultry to treat illnesses and stave off disease, but consumer groups say this accelerates the development of deadly bacteria that antibiotics can’t kill.