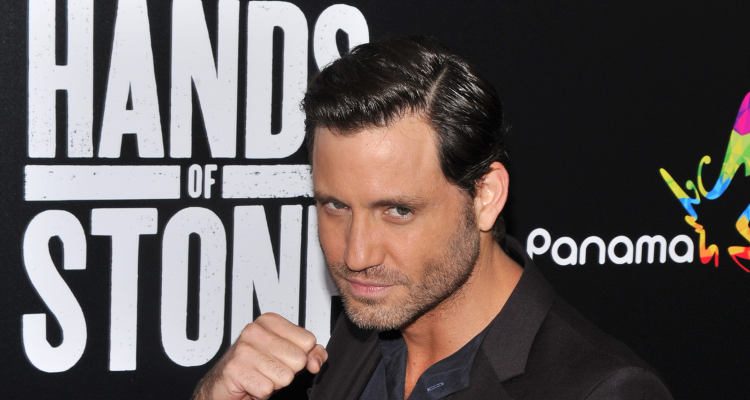 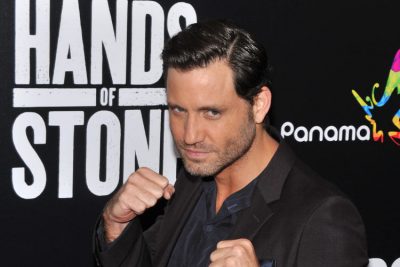 Usher and Edgar Ramirez star together in the movie Hands of Stone, which is the biographical story of champion boxer Roberto Duran.

Both men are no strangers to fitness—Usher has been known to have a chiseled body and rock solid abs, and Ramirez got himself into shape for his role in the 2015 action crime thriller Point Break. However, this new role helped them both take their fitness game to the next level.

The Hands of Stone Workout

Usher admits that preparing for his role as Sugar Ray Leonard in Hands of Stone got him into the best shape of his life. That’s quite a statement from someone who was already fit to begin with.

If you’ve seen any of Usher’s music videos, you’d know that he has never been shy about showing off his abs, arms, and toned legs. It’s pretty clear that staying in shape is something that he’s made an effort to do for most of his life. He is a lady magnet after all, and having a chiseled body definitely helps his game.

Usher wanted to embody his character as much as possible. To play a boxer, he wanted to actually be a boxer, and his workout reflected his dedication and immersion into the role.

His daily workout plan had him working out three times per day, and he followed Dr. Gundry’s “Matrix” diet plan. This diet plan is very regimented and had Usher eating specific foods and eliminating carbohydrates.

In doing so, he was able to drop 26 pounds. Usher ate foods like blueberries, pistachios, and fish.

The exercises he followed include biking, swimming, running, and boxing in the ring. Usher admits that making lifestyle changes was difficult, especially losing his first 20 pounds. He says that clean eating and exercising helped him to feel better, and he saw results from his efforts. He does still enjoy an occasional cookie, though.

Ramirez also followed an intense boxing workout and raved about its benefits in an interview with Men’s Fitness, saying that its combination of strength, endurance, speed and proportion changed his life. The intensity of a boxing workout is second to none, and he went on to say that it also increases mental sharpness, alertness, and ones’ instincts outside of the ring.

Ramirez trained in a Panama gym alongside his real life character Roberto Duran’s sons as well as five other world boxing champions from Panama. This helped him build the authenticity of his character. He also cultivated plenty of core strength by doing lots of Pilates. This helped him with boxing, as it takes a lot of core and leg strength. Ramirez did a lot of cardio, which he also credits for the strength in his legs needed for boxing.

One of the greatest things he learned by training was to trust the process, despite his worries about not getting it. He admits that he and Usher had to go through all the struggle and deprivation a boxer normally would, and that gave them both deep appreciation for the art of boxing.

Sources:
Chiu, M., “Usher Is Ripped! He Reveals the Diet and Workout That Got Him into the Best Shape of His Life” MSN web site; August, 25, 2016; http://www.msn.com/en-us/health/fitness/usher-is-ripped-he-reveals-the-diet-and-workout-that-got-him-into-the-best-shape-of-his-life/ar-BBw3m25?li=BBnb7Kz&ocid=mailsignout; last accessed September 8, 2016.