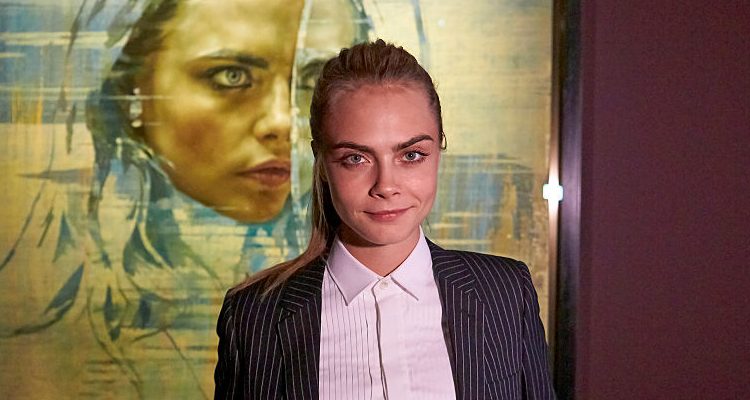 Valerian and the City of a Thousand Planets, Luc Besson’s latest movie, stars Cara Delevingne from Suicide Squad, Dane DeHaan from The Amazing Spider-Man 2, and singer Rihanna. All three look incredibly fit in the movie teaser that was just released. Clearly these celebs prepared hard for their roles. The movie releases in July 2017.

Suicide Squad actress Cara Delevingne has been open about how she wishes she could be curvier. With her long, lean figure that high-end brands love to have model their clothes on runways, Delevingne isn’t apt to put on the pounds any time soon if she continues modeling. The diet she follows is an anti-diet if there ever was one—well, it was before her current trainer got a hold of her.

Before prepping for Suicide Squad, Delevingne made a number of questionable food choices. Her preferred foods of choice included burgers, especially from McDonald’s, cheese steak sandwiches, green drinks, bacon (interesting fact: she has the word BACON tattooed on her foot), pizza, strawberries and cream, and baked beans.

When she got serious about her acting career, though, she decided to pay attention to her lifestyle and choices and says that it was only after she started looking after herself that she started getting movie roles. She gave up alcohol and changed her diet thanks to the help of celeb nutritionist Dr. Philip Goglia, who had her eating fewer burgers and more whole foods. Goglia allows her to eat carbs, but not at the end of the day or for dinner.

A sample menu of what she eats in a day includes:

Delevingne has said in the past that she is naturally thin and doesn’t need to work out. She doesn’t much care for it. But because she wants to succeed in the movie industry, the model-turned-actress realizes she needs to be in shape; so she now has a trainer who helps her through some exercises. These include running, skipping, and kick boxing. Pilates is something she enjoys doing and is great for core strength.

Rihanna is one of the many celebrities that follow Harley Pasternak’s Five Factor Diet. Other followers include Halle Berry and Jennifer Lopez. The key idea behind the diet is that everything is done in fives, even exercise.

Rihanna says that carbs are the enemy, but if she goes three days without them, she starts to feel weak. Carbs aren’t really the enemy, especially if exercise is done regularly and the carbs chosen are complex and not simple.

As for exercise, Rihanna likes to use the treadmill. She believes that doing lots of cardio activities will keep her weight off. Other exercises she does to get her heart rate up include jumping jacks, stationary jogging, skipping rope, and cycling.

Dance is a huge part of her workouts, which makes sense because she is a performer and dances on stage. When on the road, the singer exercises at least three times a week for 25 minutes. When home, she increases this to five times a week for at least 30 minutes.