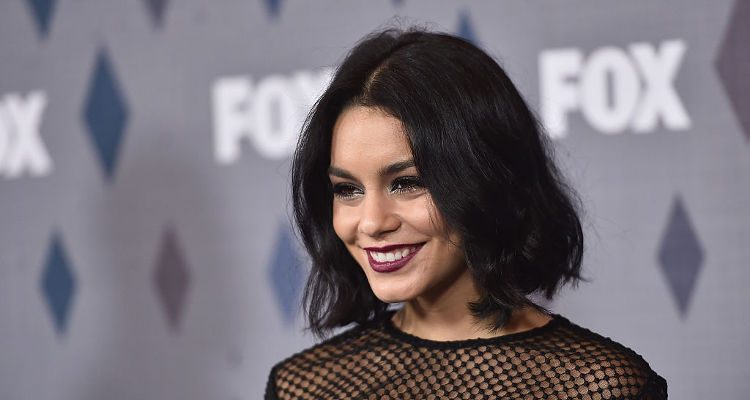 The stunning High School Musical star, Vanessa Hudgens, showed the way for her fans by kicking-off the holiday season with a super cool Friendsgiving celebration. She took to Instagram and posted this pic and captioned it, “Good vibes, great food and even better dance moves at Just Dance 2017’s Friendsgiving #JustDance2017 #spon @justdancegame_us.”

Now, that really sounds like a splendid way to celebrate Thanksgiving with your best pals. Austin Butler’s girlfriend has some super ideas for Friendsgiving and the recently hosted party proves this. Entertainment Tonight got a special Friendsgiving invite from the stunning star, and this YouTube video gives a sneak peek of the party.

The 27-year-old star, who will also be seen in the upcoming NBC comedy, Powerless, believes in adopting a healthy food plan to stay fit. Her fitness philosophy is also visible in her healthy Thanksgiving food plan which was gluten-free and mostly vegan.

The spirit of Thanksgiving is when you can spend quality time with your family and friends which is important to Hudgens. She says, “Thanksgiving is with your family and it’s great that you get to spend time with them, but you don’t get to choose your family.” She adds, “So with Friendsgiving, you get to choose the people you want to spend it with. I think it’s really important to slow down and take a second to be grateful for what you have.”

The star teamed up with Los Angeles-based catering company, Heirloom LA, and served a gluten-free and mostly vegan menu which consisted of turkey, pumpkin gazpacho, radish and concord grape salad, and pumpkin custard. Hudgens who is a self-professed pumpkin fanatic, dished out a main dish of pumpkin risotto. She also shared her Friendsgiving Pumpkin Risotto recipe with E! News.

For the Friendsgiving party Hudgens believes in going festive, and says including a classic staple item like Thanksgiving turkey and cranberries helps. When it comes to desserts, she does not believe in skimping and says, “Peanut butter cookies with a little Hershey’s on top sounds so good to me right now.” She likes trying new things and adds, “I also would not mind trying to make gingerbread cookies.”

To burn off all that great food, Hudgens organized a fun way to get everyone moving. She put on the Just Dance 2017 video game and showed how the smartphone can be used as a controller and made it easy for everyone to join in. She and her friends also participated in the Mannequin Challenge.

Hudgens maintains her fitness through a perfect balance of workouts and diet plan. She likes to follow a healthy food plan and focuses on having five small meals daily. She avoids junk foods like pizza, and also keeps away from consuming chocolates.

Her breakfast usually consists of egg white omelets with fruits, oatmeal, and almonds. A morning snack for the star, would include fruits that are vitamin enriched and a milk product like curd or yogurt. Lunch may include spinach salad and grilled chicken (her favorite), and dinner may consist of salmon, almonds, and a few slices of brown bread. The star knows that staying in shape is important, so she sacrifices her favorite snacks like ice cream and chips.

To stay in shape, Hudgens follows a systematic workout routine, which comprises of dance, yoga, Pilates, and cardio exercises. Her workouts also include cardio kickboxing which is a combination of aerobics, boxing, and martial arts, and she believes these exercises help her tone up her body and maintains her athletic look.

Celebrate Friendsgiving this year with some of the wonderful tips shared by Vanessa Hudgens. To stay in shape like the stunning star, why not follow her diet plan and workout.