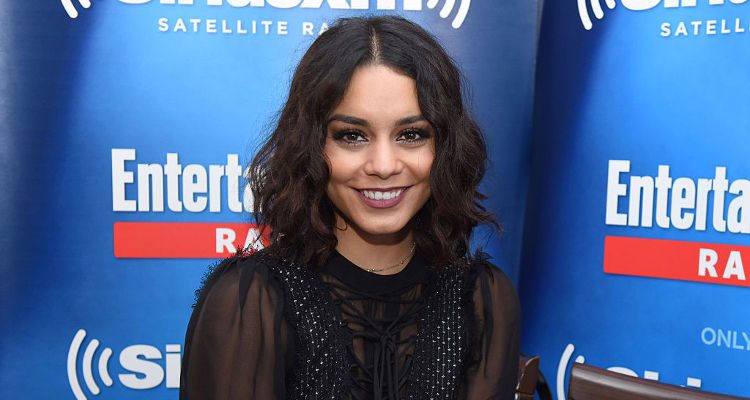 Vanessa Hudgens of High School Musical showed off her toned abs when she headed out for lunch in Hollywood. The star credits a portion-controlled diet for her flat tummy, which she often reveals by wearing cropped tops.

The girlfriend of Austin Butler gave her abs even greater attention by sporting a double-blinged belly button ring that made it impossible not to notice how fit the actress really is.

Growing up, Hudgens lived off junk food, but the actress/singer has since changed her ways to adopt a healthier lifestyle. Rather than having large meals, Hudgens sticks to small meals that balance her intake of fat and carbohydrates.

Hudgens previously opened up to Shape magazine about her love of junk food, but she didn’t want to be unhealthy anymore. She admitted that she would finish a tub of ice cream prior to bed and that her fingers looked orange due to her love for Cheetos.

After filming High School Musical, Hudgens was no longer burning off those extra calories in dance sequences, and when she went back to film the sequel, she admitted that her costumes didn’t fit her. She revealed, “I lived on Hot Pockets and never touched vegetables; I needed to do something about my diet.”

Now Hudgens’ diet is much different, as the actress enjoys omelets for breakfast and salads and grilled chicken or fish for lunch. As you can see, her diet has really been overhauled in order to achieve her smaller frame.

The actress previously expressed that she is an emotional eater and that it doesn’t take much for her to add on extra pounds. For Hudgens, it requires plenty of work in order to stay fit, but the actress doesn’t mind putting in the work to achieve the body she wants.

As for her workout routines, Hudgens enjoys yoga and performs cardio exercises. She also does some weightlifting, which she admitted to being much harder than she thought it would be.

For her role in the 2011 film Sucker Punch, Hudgens and her costars, had to become fit; and so, they all partook in kettlebell workouts and other weightlifting exercises. Hudgens told the magazine. “I wouldn’t have been able to do it if it weren’t for the other girls. It’s because of them that I got so strong. In the beginning I could dead lift 135lbs. By the end, I lifted 180lbs. I was a monster.” The good news is that Hudgens still keeps up with her workouts and often exercises with her mother or sister to keep her motivated. She has noted that since making exercise a regular part of her life, she feels better and more energized.

Vanessa Hudgens has come a long way in regards to her eating and workout habits. From living off junk food, she has managed to completely transform her habits which really show in her toned abs which she often showcases to everyone.