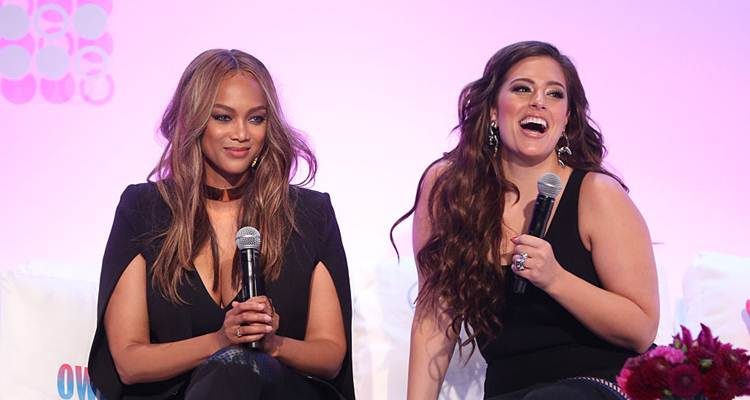 VH1’s America’s Next Top Model has two new hosts in model Ashley Graham and singer Rita Ora. The new season of the modeling series, created by Tyra Banks, who is staying on as executive producer, doesn’t air for another month, but the promo for the show looks like it will deliver exciting episodes full of sass, flare, and spice. The new season airs in December.

In July, Banks told USA Today, “It’s no longer just about having the highest cheekbones and best pout and the best hair.

Ora agrees with Banks and believes the winner needs to be multi-dimensional. She told USA Today, “The approach I wanted to have as a host and judge to the girls is what my career stands for at this moment in time which is being a businesswoman and being able to do multiple things at the same time.”

Both Graham and Ora look fit and fabulous in the America’s Next Top Model promo. They work out hard in the gym and follow healthy diet plans. It will be great to have body positive Graham on the show to show young women and other viewers that beauty and fitness comes in all shapes and sizes.

Ora has a nonstop life; and so, taking care of her body is important. Ora has a personal trainer that she sees at least three times a week when she’s in London. Short bursts of exercise combined with yoga, hiking, and Pilates are all part of her workout routine. Her trainer says she is highly motivated.

Getting fit and not thin is what Ora strives for, so the singer never runs for more than 10 to 15 minutes. Her focus is on being healthy rather than overly muscular. Ora’s trainer, Nora Alihajdaraj, makes the pop star do the following routine. Give it a try to sculpt a strong, lean lower body like the singer’s.

Ashley Graham follows an insane fitness workout. The Sports Illustrated model has been known to do lunges, planks, crunches, and she has shared her grueling workout on Instagram so others can follow along and do the exact routine as she does. Get ready to sweat!

She also loves to bike throughout her hometown, and when she lacks motivation, a cute workout outfit helps to get her going. She told PopSugar in an interview, “I think that I’m sexy, comfortable, and chic, always. That’s how I like to look at myself.”