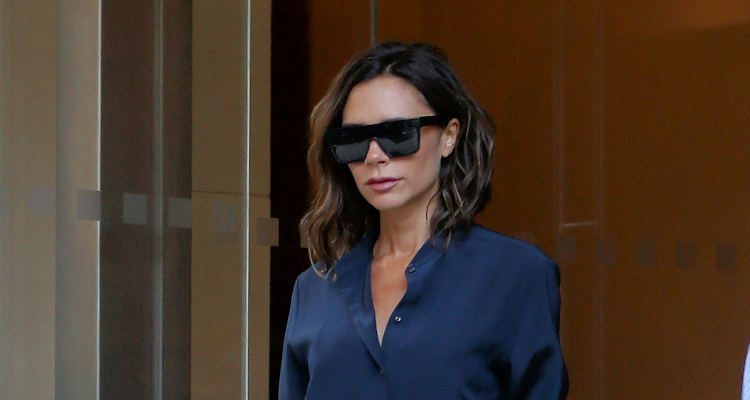 Victoria Beckham and Melanie C teamed up for a mini Spice Girls reunion in The Maldives on New Years Eve. Mel C sang the Spice Girls classic, “2 Become 1” during her performance and was joined by Beckham, who wrapped her arms around the star and sang with her, too. Beckham, wore a red dress for the party as she swayed along with her old bandmate. They both looked captivating as they put their toned bodies on display while they performed.

The two Spice Girls have revealed the fitness secrets to their toned bodies for their curious fans. Keep reading to find out what they are.

Victoria Beckham, who is now a fashion designer, looked radiant at the reunion which was not a consequence of multiple cosmetic layers, but of following a healthy lifestyle.

The two secrets to that lustrous skin of hers are very inexpensive. She says she drinks plenty of water and takes maximum rest to keep her glowing all day long. She is well acquainted with the benefits of a balanced diet and adheres to wholesome and natural foods.

Victoria Beckham flaunted her toned body at the reunion as a result of her diet which includes plenty of green and leafy vegetables and fresh fruits. She consumes a high-protein diet consisting of meats, organic poultry, fish, egg whites, lentils, beans, nuts, and whole grains. She cut back her salt intake and snacks on cucumber which has a high water content and it helps in anti-aging.

Another reason behind Beckham’s toned physique is her workout routine. She works out six times a week and she loves cardio the most. She can run up to five to six miles every day. She also loves to do Yogalosophy three to four days in a week, which combines yoga and toning exercises.

Melanie C has also shared her fitness secrets. She says she has a passion for sports and got her nickname “Sporty Spice” because of it. She loves all sports, especially swimming and cycling.  She also works out at the gym and takes up spinning classes.

Melanie C loves to treat herself to alcohol and cakes but believes in moderation. She said, “I try to follow an 80:20 rule where I’m good 80 per cent of the time but once I get to the weekend, bring it on I say. I think denial is a dangerous game to play because you end up wanting what you shouldn’t be having so it’s all about balance like everything in life.”

Her fabulous figure is not a result of workouts alone. Melanie C also eats a healthy diet which includes plenty of fresh fruits and veggies. She doesn’t like to stick to the same food all the time. She loves to vary her diet and eats cereals and whole grains. She also drinks almond milk every day. She said, “I love Organic Burst Maca root on my cereal for extra energy. I use the Baobab in my smoothies for its potent antioxidants.”

To feel refreshed and energetic, Melanie C drinks a smoothie made of spinach or kale with wheatgrass. She starts her day with quinoa porridge made with almond milk, and tops it up with raspberries, goji berries, and cacao nibs.