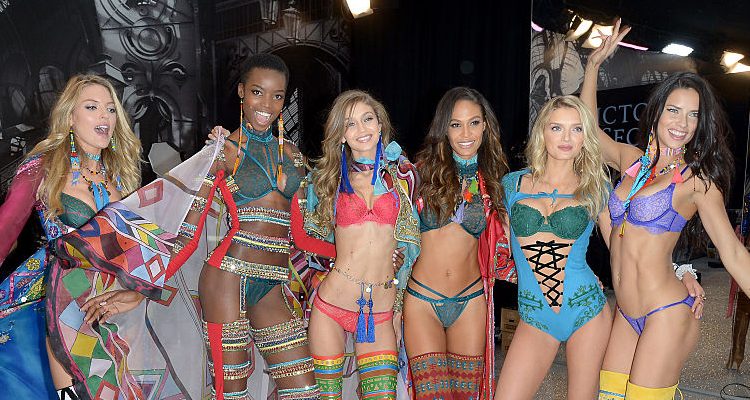 Even though the Victoria Secret Fashion Show 2016 will air tonight, you can already get a sneak peek of the elaborate outfits worn by Adriana Lima, Kendall Jenner, Gigi Hadid, and the other Angels online through the photo gallery. From super-high shoes, to elaborate wings, all the Angels looked amazing during this year’s show.

The lingerie outfits really showed off the ladies’ super-fit bodies, which they worked incredibly hard to maintain. For many of the Angels, training took place months in advance to gear up for this year’s show.

For some of the models’ fitness secrets and diet secrets, read on to see what it takes to be an Angel.

For Angel Hadid, the young model loves boxing as a means of working out and getting super fit. Lima, too, has admitted to being a fan of the fighting-style workout, which is great to target the entire body. Both Hadid and Lima often take to their social media accounts to show off their skills in the ring and against the bag.

This year marked Lima’s 16th annual VS Fashion show, and the veteran Angel looks better than ever. Clearly the model is heavily dedicated to her workouts and healthy eating, which keep her looking so amazing. You can’t even tell by looking at her that Lima has two children because her post-baby body continues to get better every day. Lima works very closely with Michael Olajide, Jr. in order to stay in shape.

Jenner returned to the runway for a second time, and she admitted that since last year’s show, she had been slacking on her fitness and diet. That all changed when she geared up for this year’s show as the model cleaned up her act and began hitting the gym harder than ever along with cleaning up her diet.

Hadid works out with trainer Rob Piela, who puts her through grueling boxing and cardio workouts along with floor ab exercises and sets her up with a healthy diet that has minimal sugar. But that doesn’t mean Hadid doesn’t enjoy the occasional pizza and burger. She has confessed her love for burgers and fries numerous times, and with partaking in such intense exercises, the model can definitely afford to enjoy a few of her favorite foods every now and then.

Some aspects of Hadid’s workout include warming up with boxing, bicycle crunches, high-intensity boxing, planks, leg raises, and crunches.

Being a model isn’t about looking good just one time a year, and that is why many of the VS Angels work alongside skilled trainers in order to stay in great shape throughout the year for the many different runways they walk and photoshoots they are a part of. For Adriana Lima, Kendall Jenner, and Gigi Hadid, being fit is just part of their job, so they maintain a healthy lifestyle as much as possible.