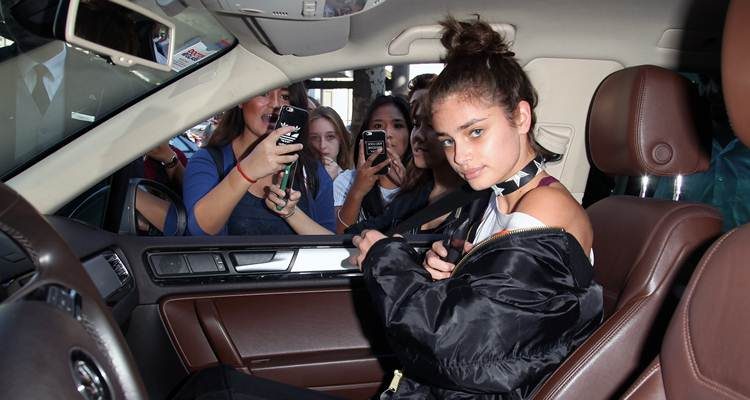 Victoria’s Secret Angel Taylor Hill does muscle isolation workouts to look incredible for Paris Fashion Week. The 20-year-old model was surprisingly candid in an interview with In Style, where she revealed some of her favorite workouts and the ones that she just hates.

It’s hard to believe a Victoria’s Secret Angel would be so relatable, but she is totally grounded and even admits that modeling improved her body confidence. At 5-foot-9, she has been super conscious of her height. Modeling helped her embrace it.

Although Hill is young and her metabolism is at its optimum performance, she still eats right and does plenty of exercise to keep a lingerie-wearing figure. She describes herself jokingly as a natural born cheater – she loves to indulge in some of her favorite foods, and she is not the best at following a workout.

However, she also has a naturally thin frame that keeps her looking long and lean while walking the runway. Would you be surprised to know that Hill actually thought she was ugly and didn’t learn to love her body until she began modeling for Victoria’s Secret?

It’s true – Hill had a hard time embracing her lanky figure and always envied curvier girls, but modeling has helped her love her shape as it is. This is a great example of how even thin women can feel body-shame or body-consciousness.

So, how does Hill keep herself fit? Well, first of all, you’ll want to know that she hates running. Why? Hill hates running because it hurts her knees and makes them pop. This is actually a common complaint among those who don’t like running – it can be super hard, as Hill would describe it.

What she does love is workouts with her personal trainer Lauren Duhamel of modelFIT studios in New York City. Hill has Duhamel train her from home and her specialty is muscle isolation and muscle toning and lengthening – which is very similar to Pilates.

This method of fitness produces quick results and doesn’t involve lifting a lot of weights – Hill even says that she began to notice and feel a change in her body in as little as three days.

They do a lot of muscle-targeted movements that are slow with gliding discs and two-pound weights. Again, this is very similar to floor Pilates because she uses resistance bands around her ankles.

Hill goes on to say that even though the workout appears light and easy, it’s actually incredibly challenging and leaves her feeling very sore (she can back squat up to 85 pounds – that’s pretty impressive!).

Although her diet is unknown, it’s likely that she sticks with healthy whole foods to complement her exercise routine, which usually lasts about an hour (it’s not known if she does a workout every day, though).

Hill also keeps a simple beauty routine that leaves her skin glowing. Her secret is to moisturize to keep wrinkles at bay. She is also very much into exfoliating her skin with a body glove loofah up to three times per week and uses a Victoria’s Secret brand, Coconut Milk Weightless Oil.

She washes her face in the shower so that her pores get deep cleansing and splashes her face with cold water when she gets out, closing up her pores. She also keeps her stunning brows in shape by not allowing people to pluck them too much.