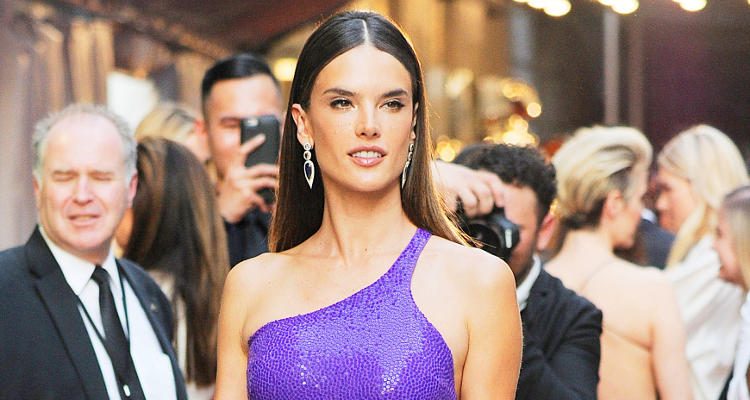 Victoria’s Secret model Alessandra Ambrosio has been in the modeling business for quite some time, and although she normally feels comfortable in the scandalous outfits, she said that all changed after becoming a mom.

Even though she still looks amazing, the model has noted that she is more self-conscious when modeling in lingerie, but also finds that her body looks better not that she’s had her daughter.

Ambrosio didn’t exercise until she started working for Victoria’s Secret. The model’s stated that no one in her family had worked out. Unlike her fiancé—who makes it a point to head to the gym—Ambrosio never had that drive. She has since incorporated regular exercise into her life, and wants to be a role model for her kids.

After giving birth to her daughter, Ambrosio had only three months to get her body back into runway shape. This was done by following a 1,200 calorie diet, which she looks back on and describes her hatred for.

She has admitted that prior to a Victoria’s Secret show, the stress levels are high—the best stress reliever is to dance the nights away.

Ambrosio has been modeling for almost 20 years, and has managed to continue to look amazing. It may have to do with her love of yoga and Pilates, which helps her maintain her stunning figure.

She posted an adorable picture with her son on her Instagram after they completed a yoga class.

Recently, the model hasn’t been restricting herself in regards to her diet. Instead, she enjoys all good things in moderation. For example, if she’s visiting Brazil, she’ll indulge in pasta and bread—once she heads back to the U.S, she gets herself back on track.

She also doesn’t shy away from sweets or alcohol. She says she will enjoy some dark chocolate and a cocktail here and there. In fact, Ambrosio often pairs her dinner with a glass of wine. She even enjoys the occasional cupcake with her kids!

Aside from her eating healthy and workouts Alessandra Ambrosio is also a mother of two, and running around with the kids can burn plenty of calories in itself. The model continues to look stunning and has managed to stop the hands of time when it comes to aging.

Regarding her modeling career, she notes that she won’t be stopping anytime soon. If she can reach the age of Cindy Crawford and still model, she’ll keep going. With the way she’s going, she has a very long modeling career ahead of her.