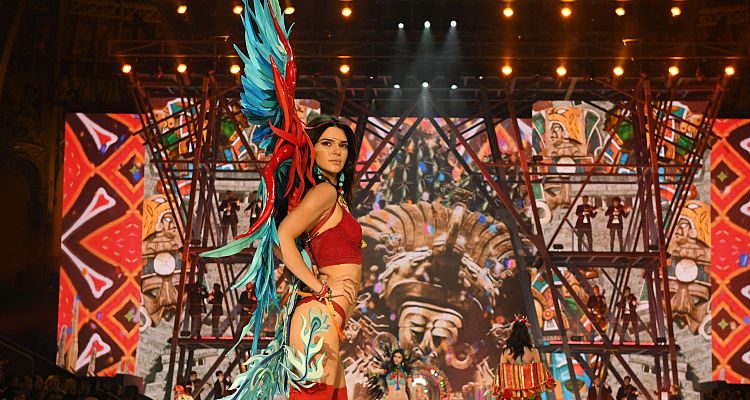 Not everyone is pleased with the choice of Angels at this week’s Victoria’s Secret Fashion Show 2016, held in Paris for the first time ever. Wearing the Victoria’s Secret Wings is a major honor for this particular show and in the fashion world, and it is one Gigi Hadid, Bella Hadid, and Kendall Jenner shared together.

It must have been particularly emotional for the Hadid sisters to have their first Victoria’s Secret show together. Victoria’s Secret Angels area a special group for sure, and who better to share that with than your sister?

In another Instagram post, she wrote “I can’t believe I get to experience this with my best friend.” To round out the family affair, mom Yolanda Foster was in Paris cheering her daughters on.

Foster took to Instagram herself to share her complete joy at having her girls in the show. She said in the caption, “17 years after I photographed my “ANGELS” Today is the day that they will be walking in the fashion show together……… #Excited #Grateful #Paris #VS #Sisters #ProudMommy.”

Some people took to social media to complain about the models being in the show, saying they didn’t deserve to wear the wings and that Jenner got in simply by virtue of her family’s fame. But those are hardly fair judgements because each of these models has worked hard to get where she is and so deserves the reward for that effort, which happens to have been donning the Angel wings.

Prepping for this kind of show requires more than family connections, and truly, talent and having the required look are essential. Hailey Baldwin comes from a very A-list family, and she didn’t make the cut. It is silly to assume Kendall and the Hadid sisters were chosen because of family connections.

These women worked hard by exercising every day, whether that was boxing, running, lifting weights or other strength training, or abs workouts. Eating right is a huge component to staying in Angel shape, and sometimes that includes drinking a detox tea like Kendall Jenner seems to enjoy doing.

Gigi Hadid told Pop Sugar that her biggest thing is to just eat healthy and work out. “I was a volleyball player for 12 years, I rode horses my whole life, and now I box every day. . . . Yeah, I think the biggest thing I always say is eat clean to stay fit, and then have a cheat day to stay sane.”