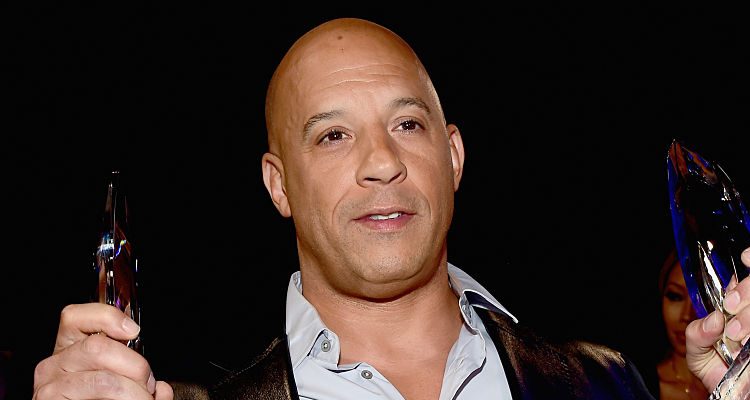 The Fast & Furious movie franchise is back in full force with all your favorite actors from the series, including Vin Diesel as Dominic Toretto and Dwayne Johnson as Luke Hobbs.

Until recently, the Fast & Furious project was recently known as Fast 8 or F8, but Universal Studios decided on the name The Fate of the Furious instead. The story begins with Dominic Toretto leading his crew of Hobbs, Letty (Michelle Rodriguez), and Roman (Tyrese Gibson) through a successful heist before Toretto rams Hobbs off the road and joins forces with the new villain Cipher played by Charlize Theron.

The Fate of the Furious trailer also hints that Vin Diesel and Dwayne “The Rock” Johnson will battle against each other in the film. The on-set and real-life feud between the two muscular actors only adds to the hype of the film franchise. It quite possibly may be the wildest and best Fast & Furious movie at date.

The question is who is stronger: Dwayne Johnson or Vin Diesel? Well, Dwayne Johnson is nicknamed The Rock for a reason. Basically, Johnson is a big, big man who is a former professional football player and 17-time WWE wrestling champion. He also has workouts a behemoth of a man would and eats like a garbage disposal with lots of protein and vegetables. But how prepared is Vin Diesel, aka Dominic Toretto? Let’s take a look Vin Diesel’s intense training routine and diet that helps the action star prepare for many of his movies, especially the Fast & Furious franchise.

The 49-year-old action star has had to bulk up for nearly all of his action films to maintain his gigantic and imposing figure. Vin Diesel has maintained weightlifting and bodybuilding workouts since before he began his acting career. When he was younger, he tried to gain more muscles, and now he focuses on shaping his muscle.

Vin Diesel’s workouts will begin with light jogging to get his blood flowing. On Mondays he will work out shoulders and chest with two to five 10 to 15-rep sets of push-ups, shoulder presses, flyes, and bench press exercises using barbells, and dumbbells. On Wednesday he will focus on his back muscles with exercises like cable rows, dead lifts, bent overs, and pull-ups. These exercises will include about five sets of about 10 reps each. On Friday he will focus on arms and legs with push-ups, standing curls, incline curls, rope extensions, leg presses, lunges, and calf raises. He will perform about five 15-set reps of each exercise.

On other days Vin Diesel will also perform cardio exercises like biking and swimming. From time to time he will also include a boxing workout, Pilates, and even yoga to his routine.

What Does Vin Diesel Eat?

The Vin Diesel diet and nutrition program is just as intense as his workout regimen. He follows a high-calorie diet with a lot of healthy complex carbohydrates like sweet potatoes, and a good balance between fat and fiber-rich fruit and vegetables. Vin Diesel will also eat protein sources like lean beef, eggs, and chicken to enhance his muscle mass. In total, Vin Diesel will consume six to eight meals each day. He also drinks lots of water to help keep him hydrated.