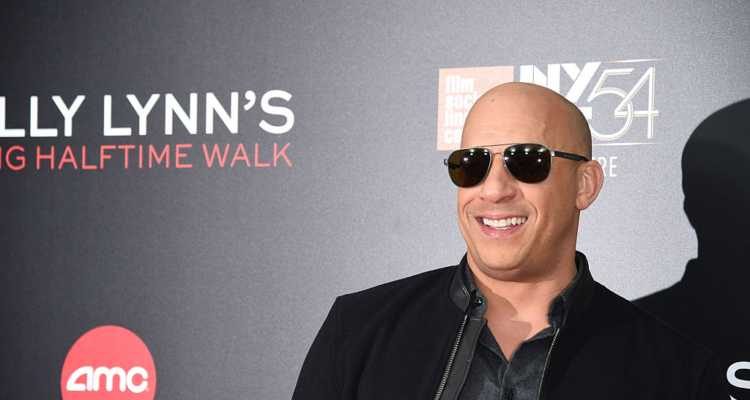 Vin Diesel, best known for his muscular build and stunning physique is also a producer, director and screenwriter. The actor swears by supersets in his workout regime to get a toned body.

For his roles in movies, he focuses on one particular body part each day, and strives to maintain his look by eating right and doing the right workouts. He followed the same regime while preparing for Fast & Furious 7.

The sorrow of seven… the dark road of eight… thank god the timing worked out in between to return to Xander. I know on January 20th you will have as much fun as I had making the movie. #xXxThursdays

Diesel’s caption read “The sorrow is seven… the dark road of eight… thank god the timing worked out in between to return to Xander. I know on January 20th you will have as much fun as I had making the movie. #xXxThursdays.” The photo had the words “Damn, it feels good to be back” etched over it.

Vin Diesel’s fitness plan: Vin Diesel started working out even before he had begun acting in movies. In fact, he ensures that he sticks to a similar schedule, of course after taking advice from his trainer and as per the requirement for his upcoming roles.

Talking about workouts, the actor recollects his initial days when he had just begun. “When I was younger, I was trying to gain as much weight as possible. Now, I focus on each body part and define it. I trained the bodybuilding way for over a decade before I was an actor”, says the star.

For his muscular shoulders, Vin routes for a program with two parts, each of four weeks. He starts with a routine warm-up, followed by focusing on shoulders only one day per week and concentrating on other trainings simultaneously.

Along with gym workouts, Vin ensures he does yoga, Pilates and jiu-jitsu as part of his routine. He also ensures a healthy diet along with his fitness regime. Diesel largely believes in training in the right manner and focuses on “healthy body, healthy mind” mantra.