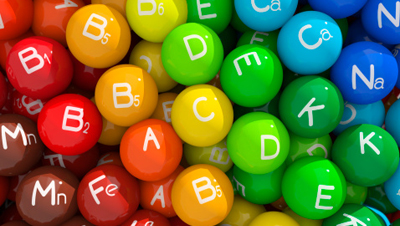 The total sales of vitamin supplements in the United States topped $20.0 billion last year, and despite the continued use of these products, more controversy regarding their validity has surfaced.

Three separate articles and an editorial recently published in the Annals of Internal Medicine have strongly questioned the use of vitamin supplements for the purpose of disease prevention.

In the journal’s editorial, Dr. L. Appell remarked, “Most supplements do not prevent chronic disease or death, their use is not justified, and they should be avoided.”

The editorial, titled “Enough is Enough: Stop Wasting Money on Vitamin and Mineral Supplements,” indicated that people living in North America should stop taking vitamin supplements if they do not have a vitamin deficiency.

In his editorial, Dr. Appell said that previous research has indicated how vitamin E can be harmful in high dosages and that beta carotene can have negative effects on lung cancer risk. Incidentally, this is research which was also heavily criticized after it was publicized as being extremely biased. Dr. Appell also noted that vitamins like folic acid and other B vitamins are harmful or ineffective at chronic disease prevention and that further research was not justified.

Well, what about the research which has said that B vitamins are important for the reduction of the dangerous chemical known as homocysteine? There are many good studies that show cheap B vitamins can lower the risks of stroke and vascular disease.

Dr. Appell also suggested in his commentary that vitamin D supplementation is not needed unless you are deficient in the vitamin. “They should focus on other aspects of their diet that do need changing.” According to Dr. Appell, people should eat more fruits and vegetables; reduce their intake of trans fat, saturated fat, and sodium; lower the amount of calories, and get more physically active.  I agree with him on this point!

According to G. Leong, scientific advisor to Jamieson Vitamins, there is another angle the researchers did not consider in this case. “People should take vitamins because it keeps you healthy,” said Leong. “Yes, we have seen a lot of people who suggest you should get all the vitamins and minerals and nutritional needs from foods. But based on our lifestyle today, the quality of the foods that’s out there, it is impossible to get all of your essential nutrients from your diet.”

This is another good point (although keep in mind he works for a vitamin company). Are you confused yet?

The three vitamin studies published in the Annals of Internal Medicine looked at several relationships. The first study looked at the relationship between the intake of a daily multivitamin to prevent cardiovascular disease and cancer in 450,000 subjects. I can assure you that these types of studies rarely find a positive benefit because of the way the study has been designed.

The next study looked at the relationship between the recurrence of a heart attack in 1,700 males and females who previously experienced a heart attack. I can also assure you that a multivitamin will not show any benefit in these people because of the outcomes they are studying. The study design is heavily biased towards a negative result before it has even begun!

The third published study looked at the use of a multivitamin to prevent dementia in 6,000 males over the age of 65. Is there any reason to suspect that there would also be a favorable result found with this type of study design?

There is a bias on both sides of the argument. In my opinion, multivitamins are available to give you safe and added insurance in lieu of your diet or lifestyle. They were never designed to prevent serious diseases.