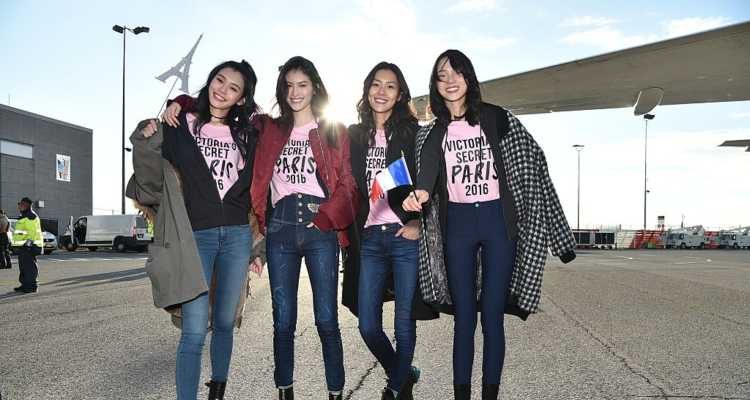 This year’s Victoria Secret Fashion Show 2016 has a lot of Asian models, namely Liu Wen and Sui He. Asian models weren’t seen in the VS Fashion Show until 2009, and it seems that each year the line-up continues to get bigger. It’s good to see that Victoria’s Secret is using their fame to highlight other races and cultures during their famous holiday show.

Incorporating more Asian models during the fashion show also signifies Victoria’s Secret’s presence in the Asian markets. As they continue to grow their business in Asian countries, their Angel roster becomes more inclusive.

Leslie H. Wexner, the L Brands founder—parent company of Victoria’s Secret—explained to the Columbus Dispatch, “Maybe someday we’ll have the fashion show in Shanghai — maybe — because we’re a global brand. We have demonstrated that we have the best brand-building ability in the world. People who can’t read English, when they see the Victoria’s Secret name, they smile.”

In previous years, the lingerie company has received plenty of negativity in regards to their lack of diversity when it came to their models, but it’s good to see that they are slowly moving in a more diverse direction.

Liu Wen and Sui He Workout and Diet

Wen maintains a healthy and balanced diet in order to maintain her model figure. Wen consumes a large variety of vegetables, along with a higher fiber diet. When choosing what foods to eat, she opts for foods high in nutrients and avoids empty calories.

Wen keeps up a regular workout schedule, but doesn’t enjoy intense exercises. Instead, she completes cardio, with some light weight training, and much prefers to exercise outdoors if she can. She explained in an interview with Savoir Flare, “When you can breathe fresh air and smell the blooming flowers as you exercise, everything just feels more soothing.”

When it comes to losing weight, Wen will eat smaller, more frequent meals, along with exercising frequently.

For He, she favors using technology apps in order to stick to her workouts. Her favorite is the Nike Training Club app. In an interview with Pony Ryder, He explained her workout routine saying, “I swim sometimes. I don’t do workout often, actually I seldom work out for fashion week–specially. I would work out if I had free time.”

As for He’s diet, although she doesn’t stick to a specific plan, she often just eats balanced meals. Many of her favorite foods are Japanese, and she enjoys rice and vegetables.

You can catch Lui Wen and Sui He with the other Angels December 5, 2016 when the Victoria’s Secret Fashion Show airs.