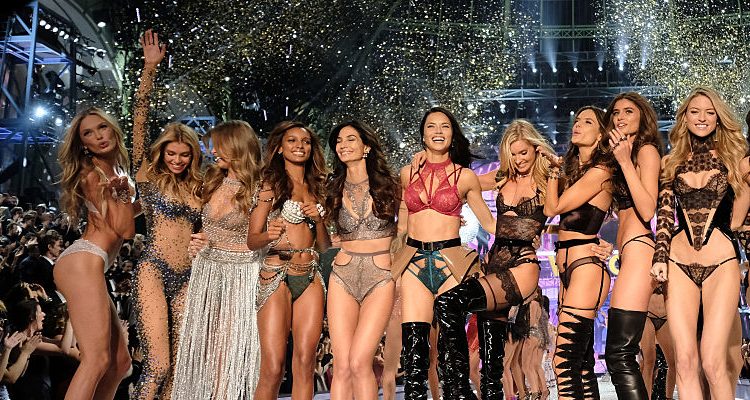 Okay folks, the Victoria Secret Fashion show happened in Paris on November 30th, and we’re wondering if you’re just as excited as we are to see the whole show air tonight.

If you have a social media account, you probably already had a peek at the beautiful models strutting down the catwalk as some pictures have already been revealed. However, there is a lot to look forward to during the big show, including some amazing musical performances. Remember that you will catch some of the hottest models on the scene at the show, including Gigi and Bella Hadid, Kendall Jenner, Alessandra Ambrosio, and Adriana Lima.

The incredible Lady Gaga will be performing hit songs from her new album Joanne, and everyone knows Gaga can put on a show. Did we mention that the VS fashion show takes place in Paris, France? And the Weeknd is another musical guest who will be performing. It will be the first public appearance on a runway that The Weeknd and his ex-girlfriend Bella Hadid share together. Rumors have it that they lock eyes in a sweet moment while Bella struts on stage. Be sure to watch and catch the special moment. Another performer we can’t wait to take the stage is the always entertaining Bruno Mars.

November 30th marked the 20th anniversary for the Victoria Secret Fashion Show. As previously mentioned, the show took place in Paris, France (otherwise known as The City of Love), and those who couldn’t make it to Paris will have to wait till it airs December 5th (tonight!). U.K. viewers will have to wait till December 12th when they can see it on 4Music at 8:00 p.m. The show will also include stunning beauties Stella Maxwell, Lily Aldridge, Jasmine Tookes, Elsa Hosk, Romee Strijd, Sara Sampaio, Josephine Skriver, and Martha Hunt.

So, how do all these models prepare for this big show? As expected, they need to be in top shape, and that means putting a lot of work into a diet and workout regimen. For each model it’s different, but Adriana Lima focuses on a consistent diet that includes six meals per day and mainly a boxing workout. She doesn’t change her regular routine for this special event emphasizing consistency instead. Martha Hunt tended to her fitness for the big day by cutting down on bread and sugar two weeks ahead of time. One of Hunt’s diet secrets is to not deny her body when it’s craving something, namely pizza. She believes in moderation to keep a healthy body and mind. It’s such down-to-earth advice and not one you’d expect from a model but the truth is that it sounds like they are a lot more relatable than we think. Enjoy the show this year and be sure to watch and see who will rock the famous Fantasy Bra!