Home > Food Facts > What Spice Is a Substitute for Cumin Seed or Powder? 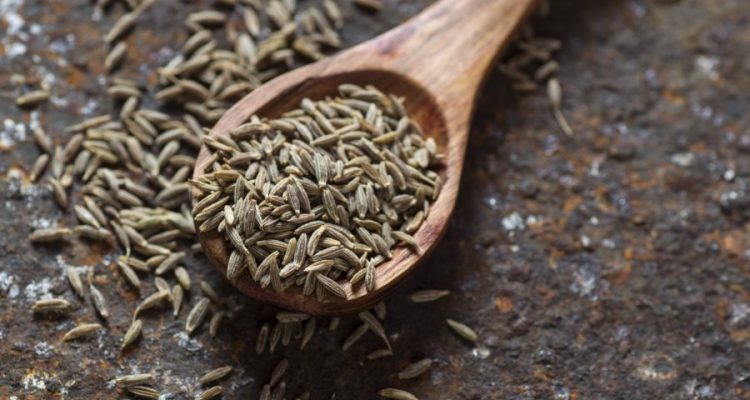 Cumin is the dried seed of a herb known as Cuminum cyminum—a member of the parsley family. Cumin is native to the Mediterranean and therefore quite popular in Mediterranean cuisine. It is also common to find cumin seed in Mexican, Middle Eastern, East Asian, and Indian cuisines, especially since it is a main ingredient in curry powder.

But not everyone is a fan of the distinct cumin taste and smell. And while cumin allergy is quite rare, some are especially sensitive to proteins in the herb. Also, if you don’t have it in the pantry and you’re pinched for time, you may need a cumin seed substitute in its place.

That is why this article will focus on a key cumin substitute, as well as various other cumin seed substitutes that will make your dish taste just as good.

Cumin has an incredibly distinctive bitter flavor, and a strong, sharp, warm, and spicy-sweet aroma, due to its abundant content of oil. Some would also describe the flavor as powerfully pungent.

Why is cumin bitter? This is likely due to a natural compound in cumin seeds called cuminaldehyde, which gives them their peppery, nutty, and lemony taste that is also somewhat bitter.

Both dried whole and ground cumin seeds are available in cooking. Cumin also shares a similar flavor to other spices like coriander and caraway seeds, which is why you often see them in the same recipes.

Substitute for Cumin Powder or Seeds in Food:

It is important to note that nothing can imitate the flavor of cumin entirely, since the cumin taste is a very difficult to duplicate. However, there may be times when you run out of cumin, or when you’re cooking for picky eaters or those with allergies. So, we have provided these cumin substitutes you can use instead.

This section will single out some of the better cumin seed substitutes based on a more tolerable flavor and taste. Let’s take a look below:

Ground coriander: Ground coriander (Coriandrum sativum) is also part of the parsley family. It is a decent cumin spice substitute, although it will change the flavor of some recipes. It has a lemony and earthy flavor like cumin; however, it doesn’t have the heat cumin has. At the same time, cumin can be used as a substitute for coriander. Like cumin, ground coriander can fight against infection and it promotes digestion.

Chili powder: Chili powder is a spice mix that includes onion powder, oregano, cayenne pepper, garlic powder, paprika, ground chili, and cumin. Chili powder is an especially good substitute for cumin in chili. Although it still contains cumin, the flavor is far less bitter than cumin on its own. Be aware that using chili powder will affect the color of the dish since chili powder is red and cumin is light brown.

Other Substitutes for Cumin

There are also other potential substitutes for cumin seed; however, some may agree that the flavor is still a little strong, which is why they didn’t make the top two cumin substitutes.

It is also worth noting that cumin is an ingredient in many of the ground cumin substitutes, including curry powder, garam masala, and taco seasoning. So, if you are allergic to cumin be sure to avoid them.

Caraway seed: Another substitute for cumin powder is caraway, although cumin is much hotter, larger, and lighter in color. Due to the similarities, it is common to confuse caraway with cumin. Some suggest caraway seed as a substitute for cumin seeds, but others disagree, since this spice is also quite potent in flavor.

Garam masala: Cumin is also found in garam masala; however, if you are out of cumin, garam masala can also be a wonderful substitute for cumin seeds. Garam masala also contains pepper, cinnamon, cloves, and coriander, and its overall flavor profile is comparable to cumin.

Black cumin: You can also use black cumin (Bunium persicum) as a substitute for cumin powder. This is because black cumin is very similar to cumin; however, black cumin is somewhat sweeter. When cooked, the flavor of black cumin becomes slightly nutty, and therefore will not overpower a dish with bitter earthiness like cumin will.

Turmeric: Turmeric (Curcuma longa) is another great cumin spice substitute on its own. Similar to cumin, turmeric is a fixture in Indian dishes. Both turmeric and cumin have an earthy and warm flavor; however, turmeric is a little milder than cumin.

Paprika: Paprika is another cumin substitute with a distinct smoky flavor that is found in Mexican and Asian cuisines. Cumin has a limited smoky quality, so paprika as a substitute is a good choice if you prefer that particular taste.

Fennel seeds: You can also use fennel seeds as a substitute for cumin powder. Fennel seeds are a lot sweeter than cumin seeds; therefore, fennel may be a good substitute in fish dishes, meatballs, and pasta sauces.

Anise seed: Another common cumin substitute is anise seed (Pimpinella anisum). That being said, some people would disagree about using anise seed to substitute cumin. This is because cumin and anise seed have two very different flavors. Anise seed is known for its sweet and licorice-like taste, while cumin has an earthy and nutty flavor.

Oregano: It may seem weird to replace a spice used in Indian and Mexican cuisine with a popular Greek and Italian spice like oregano. That being said, the key to making oregano an appropriate cumin substitute is combining it with coriander.

How Much of the Substitute to Use Instead of Cumin

Cumin seed is an aromatic spice found in Middle Eastern, Mexican, Asian, and Indian cuisines. It is a strong-tasting spice with a bitter flavor. As a result, this spice is not for everyone. Also, if you are allergic to cumin, you will want to find a cumin seed substitute.

Or, what do you do if you run out of cumin? It is a good idea to consider many of the cumin substitute options mentioned in this article, including ground coriander, chili powder, caraway seed, garam masala, curry powder, taco seasoning mix, black cumin, turmeric, paprika, chipotle powder, anise seed, and oregano when paired with coriander.