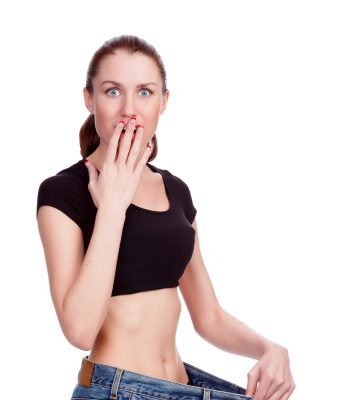 A newly published study that looks at past contestants on NBC’s The Biggest Loser has shed light on why it can be so hard to keep off lost weight.

Although it has been known for some time that the body’s metabolism slows down after weight loss, the study, published in the journal, Obesity, shows just how far the body will go to try and regain its former girth.

Metabolic rate affects how the body burns calories, with higher rates resulting in more calories being burned. Metabolism almost always slows down after a period of weight loss, but what surprised the researchers was the fact that the contestants’ metabolic didn’t return to normal. Instead, they continued to drop over the observation period. The low levels of leptin would also make the participants feel hunger more strongly. The two issues combined means that, due to the slowed metabolisms, participants would have to stay in a constant state of hunger in order to avoid regaining any weight.

Of the 14 participants, only one, Erinn Egbert, has managed to avoid regaining weight. The success has taken enormous effort since her metabolism burns roughly 552 fewer calories than a normal person of her size would.

Everyone has a certain weight that they are able to maintain more easily than others and this study sheds a bit of light on just how far the body can go to try and return to its “ideal” weight. If someone goes from, say, 250 pounds to 150 and is compared to another person who is normally 150, the person who lost weight is going to have a much harder time maintaining their current weight and will likely have to ignore their hunger and eat less to do it. An analysis of a separate study produced the figure of the body desiring 200 extra calories for every five pounds it lost, though this ratio should be considered highly preliminary until better corroboration is done.

While this may sound like dieting is a doomed endeavor, there are some key things to keep in mind. Remember that how hard the body fights to return to its “preferred” weight depends partially on both personal factors as well as how much weight is actually lost. The contestants on The Biggest Loser underwent significantly more dramatic weight loss than most people see in their lifetime, so their weight maintenance struggles are going to be more extreme than those faced by someone who’s only trying to lose 10 or 20 pounds. The study also lacked a control or other comparison groups so it’s possible that the severe maintenance difficulties only kick in once a certain amount of weight is loss or only if your starting weight is past a certain threshold.